First, you must view the video concerning Colts fans’ new source of identity; “The Shoe.” 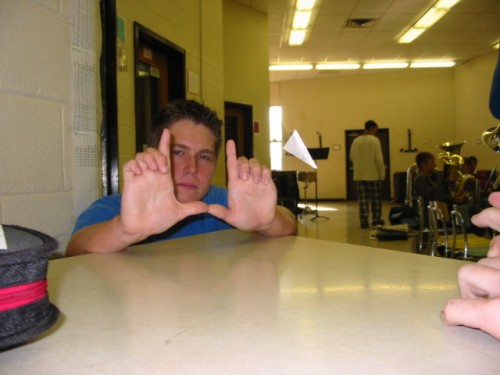 I guess I should be encouraging Captain Dreadlock to crawl out of his bong long enough to post it, but it is soooooo lame I’m amazed it wasn’t done by a Viking fan.

In short, in order to celebrate Indianapolis’ Super Bowl appearance, Dreadlock Guy wants the Colts to be the first team to have a hand signal. As much as I love the creativity, he is 38 years too late. The Houston Oilers debuted such a signal on Monday Night Football in 1972.

This means if you encounter somebody with their thumbs joined and forefingers extended upwards, they are either a paper football player or a Colts fan. In the case of the former, they are just a dry hump with their chubby, freckled girlfriends away from being the uber-sexless turbo-geeks that play Dungeons & Dragons. In the case of the latter, odds are they are just a blobby drunk eager to slur their dissertation on why Payton is “THE Manning.”

In either case, just punch them. We’ll all feel better for it.

This entry was posted on January 28, 2010 by J-Dub in NFL and tagged Indianapolis Colts, NFL, Why You Shouldn't Cheer For.

I hope this kid got a scholarship to law school.
Because every Brit I know is a hopeless drunk...
Seems like the perfect choice for a blogger...