The Official Dubsism Breakdown of the Dwight Howard Trade 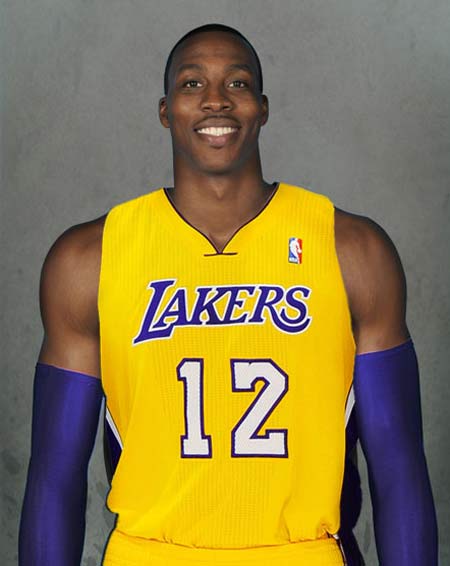 Unless you’ve been living under a rock for the last 24 hours, you know that Dwight Howard is a now a Los Angeles Laker thanks to a monstrous, four team deal involving both players and draft picks. This was such a complex deal which obviously took so much time to construct that we here at Dubsism took some time to deconstruct it so you can try to make some sense of this tectonic shift in the basketball world.

The Basics of the Trade: (from Yahoo! Sports)

A Team-By-Team Breakdown Of The Trade:

The Nuggets clearly got better, but did they get good enough? The addition of 6’6″ swingman Iguodala adds a lot of flexibility which Danilo Gallinari does not.  Despite being 6’10”, Gallinari’s game really isn’t suited to fill in for the departed Al Harrington at the the power forward spot, and Igoudala’s best position is small forward. The Nuggets’ back court is pre-loaded with the likes of Andre Miller and Ty Lawson, so it seems the 3-spot is the best fit for Igoudala. This very well could mean the big-price Gallinari could be on his way to the bench or on next the train out of town.

At the smaller end of that swing, Igoudala is a clear upgrade over Arron Afflalo, but as I’ve already mentioned, Denver has plenty of talent in the back-court.  At the end of the day, the Nuggets improved, but probably not enough to move up significantly in the Western Conference food-chain.

If you are a Laker fan (like me), there are thing you have to love about this trade:

Finally, there’s the stuff nobody’s really taking about yet:

A big (but likely not the only) reason Pau Gasol didn’t end up as part of this deal is that Kobe Bryant made it clear he did not want Gasol to be traded. It is a bit curious why he waited until after Gasol had in fact been traded once and rumored to be on the block. Perhaps it is because he thinks that a Gasol-Steve Nash pairing could be a foreign-born Stockton/Malone-type tandem; meaning that for the Lakers to score Kobe doesn’t have to take 50 shots a night anymore.

Consider this for a moment.  Remember when Bryant made that comment about “if Howard were a Laker, he’d be the third scoring option?” Last season, Andrew Bynum averaged just 13.3 field-goal attempts per game while Howard only averaged 13.4. Granted, some of that has to do with the quality of the supporting cast, but don’t forget these numbers came as result of Howard being Orlando’s first scoring option, while Bynum was the third offensive option for the Lakers.

Let’s be honest. With the exception of the Dennis Rodman years, traditional Laker basketball has been about guards, dominant offensive centers, and the occasional fast-break. While that could easily be the case with this incarnation, it is quite possible the Lakers employ a more defense-centered approach.

Bryant is usually a lock to make the NBA All-Defensive first or second team on a yearly basis.  Now patrolling the yellow paint at the Staples center will be Howard, who just happens to be a three-time Defensive Player of the Year.  Does this mean Kobe will more more inclined to get in the face of jump-shooters knowing that even if he gets roasted off the dribble, Howard will be waiting behind him to digest anybody foolish enough to drive the lane? Does this mean Kobe will take more chances for steals for exactly the same reason?

The one thing that is not in question is that Dwight Howard is a tremendous upgrade in defense as compared to Andrew Bynum.  Even with his back issues,  he’s far more mobile and athletic, he’s a far better glass cleaner, and rejects more shots.

I know Steve Nash is a big improvement offensively, but in the immortal words of Bart Scott,  Steve Nash couldn’t stop a nosebleed. That’s not even my big concern; that’s reserved for the fact Nash is another geriatric case who will need plenty of rest during the season, and the back-up for him is now Chris Duhon. To put it bluntly, to me Duhon is yet another one of those Duke players with a ton of potential we never seem to see realized.

Did Pau Gasol escape being part of this trade because of Kobe’s demand or because there were no takers?  Discuss amongst yourselves.

I almost don’t know where to start with this…

Let’s start with the positives…uhhh….hmmmm…

Ok, well at least the “Dwightmare” is over.  Now Magic fans can finally move on. To where is entirely another matter.

Here’s the bottom line. The Orlando Magic are a train wreck; they were before this trade and they are still after this trade.

Perhaps the strategy here is to build for the future.  C Nicola Vucevic certainly has potential to be come a force at the center position someday, and who knows what forward Moe Harkless could become.  They also scored a ton of draft picks in this deal.

The problem is still the present.  Not only did they not unload headaches like Jameer Nelson and Hedo Turkoglu, they took on a bunch of role-players with disproportionate contracts. All figures from Basketball-Reference.com.

Clearly, the Sixers are willing to take the gamble that the Lakers aren’t; Andrew Bynum may yet be that dominant center around which you can build a franchise. Only time will tell.