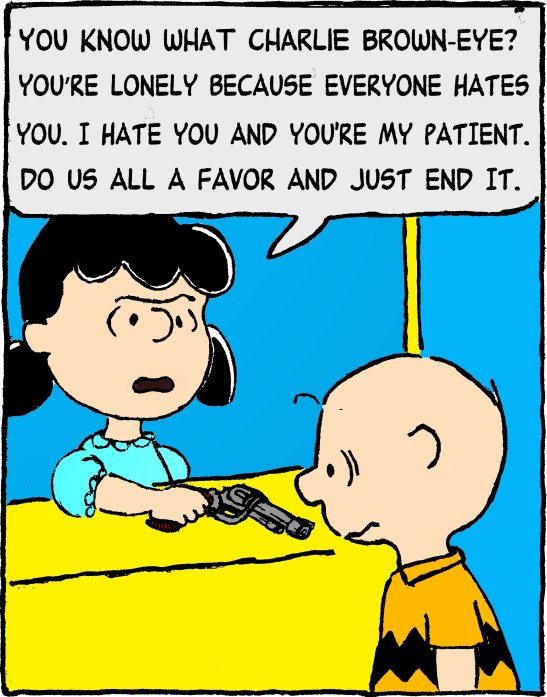 Welcome to the inaugural installment of Ask J-Dub.  Dubsism has a great bunch of followers, and as such, they send us a lot of really great questions.  We derided it was a shame to let those queries go unanswered, not only because our readers deserve acknowledgement, but J-Dub offers a rough-hewn style of honesty you simply won’t find anywhere else.

Since we are mere days  away from one of the biggest sporting events not just in America, but int the world, we thought it would be a good time to answer some Super Bowl questions.

What would you say are some of your biggest “do’s and don’ts” of Super Bowl Party etiquette?

The first rule of Super Bowl parties is don’t go to Super Bowl parties.  Super Bowl parties are the absolute worst; there’s nothing more godawful than trying to watch football in a room full of people who don’t know shit about it. But we’ve all been forced into them for various reasons. So, if you must, here’s a few general rules:

1) Don’t Get Drunk:  Getting shit-faced at the open bar at your company’s Christmas party is risky, yet acceptable. Hitting the highball on Super Sunday and pissing in the vegetable crisper of your wife’s best friend is going to redefine the term “problematic.”

2) Know Your Group: There’s only two types of people at a Super Bowl party; the people who care about the game, and the people who only want to see the commercials and the half-time show. Know which one is yours, and stay in your lane. These groups are fundamentally different, eternally divided, and never the twain shall meet. Don’t even try. You are not a missionary in the jungles of New Guinea; you’re at a Super Bowl Party. Don’t try to convert anybody.

3) No “Hook-Ups:”  This might be the single-biggest mistake people make. Unlike the office parties, Super Bowl gatherings are usually held in people’s homes, and everybody there has some sort of connection to the hosts. That means no matter what happens, somebody in that room is going to know your business.

Another problem is this offers a great opportunity to double-down on the complications of office flings. Try out this all-too-common scenario. Your buddy from work invites you to his Super Bowl party, during which you meet the best friend of your buddy’s wife, who just so happens to have the most amazing sets of boobs you’ve ever seen. You make your move, you hit paydirt, but the relationship proves to be little more than a one-nighter.  “Boobs girl” then proceeds to tell your buddy’s wife what an asshole you are, she commences to bust his balls incessantly about it, which at work you can tell is putting a chill on your friendship.  Not to mention, every time you get invited to a gathering at their house, “Boobs girl” is going to be there.  How’s that for “awkward?”

That’s why my advice is to eschew the Super Bowl party in general. You can’t get drunk and fuck the big-titted girl, so why bother?

What will it take for the New York Jets to win a Super Bowl in my lifetime?

The Unknown Blogger (T.U.B.) is a regular contributor here at Dubsism, and he’s also an old and dear friend…with an emphasis on old. For Christ’s sake, he’s older than me, and my bones are half dust as it is. He’s of sufficient age to remember the last time the Jets won the Super Bowl. Here’s some perspective on how long ago that was:

That means T.U.B.’s life time is realistically about 30 more years. That means his only hope is Woody Johnson’s ownership of that team somehow ends soon. Nothing will change with that sorry-ass organization until Johnson isn’t at the top of it.

I know his status as a long-suffering Jets fan. Having said that, nothing will ever change in New York as long as the Wood-ster is at the top of the organizational chart.  That’s why regular Dubsism contributor Joe McGrath devised a plan to fix that.  T.U.B. is threatening to start a GoFundMe page to do it.

Why does everybody outside of New England hate Tom Brady?

This isn’t the first time I’ve had this discussion. You can ask a hundred people this question and they’ll all get it wrong. Insert your own answer here if you wish, but only the people who said “because he’s a douche-bag” are even remotely close.

It may seem like a simple matter of semantics, but the substitution of the verb “is” with “became” makes a universe of difference. People outside of New England hate Tom Brady because he BECAME a douche-bag.

You have to understand that Americans love an “underdog.” Many people don’t remember when that tag applied to Brady. Sure, you can talk about his being a back-up quarterback in college, or languishing in the NFL draft until the sixth round, but you have to all the back to the early 1990’s; a time when cell phones were the size of a loaf of bread, I-Pods didn’t exist, and Tom Brady was just another pudgy, dopey-looking middle schooler. 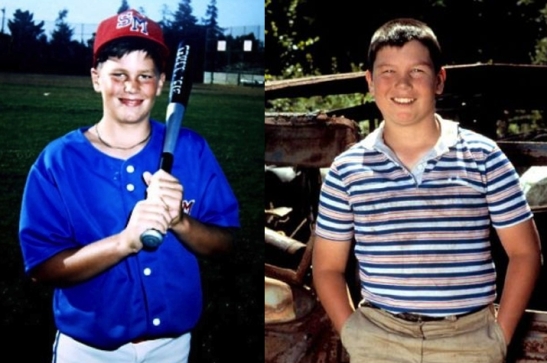 Some Little League somewhere in northern California had it’s own version of “Vern” from “Stand By Me,” until somebody realized little “Vern” Brady could throw a ball better than 99.9999% of the population. We all know the story how “Vern” becomes “Tom the football hero,” but nobody inside a 100-mile radius of Fanueil Hall noticed “Vern” transmogrified from a crew-cutted tubby-butt in a banded-bottom shirt to a smarmy Euro-trash “wanna-be” wearing hipster-licious suits with a “Something About Mary” hair-do on the covers of fag-rags like “GQ” and “Vanity Fair.”

Sports are central to the American ethos for a host of reasons, not the least of which is they offer the greatest opportunity for the “underdog” to win. But on the other hand, Americans hate a “bad winner.”  Think of it this way: Who is the biggest fictional movie sports hero in this country? Rocky Balboa. Tom Brady could have been the NFL real-life version of “Rocky” except for the the fact he keeps finding ways to make himself look like a smarmy fuckwad.  Fair or not, far too many people believe perception is reality, and the perception outside of Patriot Nation is that Brady is a douche-bag. New Englanders didn’t see this because the only good douche-bag is YOUR douche-bag.

Doubt that? In my lifetime, San Francisco Giants fans will build a statue of Barry Bonds in McCovey Cove. Boston already immortalized legendary douche-bag (and one my favorite people ever) Ted Williams by putting his name on a tunnel. And if Tom Brady had brought 4 Super Bowl titles to my beloved Eagles, the statue of Rocky Balboa on the steps of the Philadelphia Museum of Art would have been melted down for paper clips and replaced with one of Brady banging his super-model wife on a giant pile of cash while eating a cheese-steak.

Between the stupid commercials, the lame-ass halftime show, and stupid fucking parties, am I the only one who thinks the Super Bowl sucks now?

While sometimes it may feel like it, never forget you’re not alone.  Lots of us think the Super Bowl is a great big crap-tacular now. The stuff you mention is one thing, but look at all the “Made-for-TV” garbage we have to live through. Monday, we get some crap called “Opening Night,” which looks a lot like what they used to call “Media Day.” you know, were we trot all the players out in front of every third-rate reporter in the world so they can ask a lot of brilliant questions like “What does Tom Brady smell like?”

Then there’s a full week of shit and speculation, punctuated by assorted know-nothings offering prognostications that should be printed on a roll for ease of use. At the other end of the Super Bowl shit sandwich is a Saturday night awards show, complete with that fucking “red carpet” nonsense Joan Rivers invented 20 years ago for the Oscars. Yeah, that’s exactly what football fans want to see.

The only sports awards that matter are the Dubsys, and we aren’t going to give you some bullshit about “here’s La’montrell Wifebeater in his Ralph Lauren tux.” Fuck that.  The man weighs 350 pounds, he isn’t wearing anything from Ralph Lauren, unless he stated making tarps with bow ties. I know this for a fact because La’montrell and I shop at the same store for the big and tall gastropod. Their calf-skin “Wife-Slapper” gloves are exquisite.

I’m a big sports fan. I love to talk about sports, but I have this guy at my work who always wants to talk to me, but he’s an idiot. He’s really annoying, but he’s a nice guy so I don’t want to hurt his feelings. What should I do?

Fuck that guy. It’s his own fault for being an annoying dumb-ass. People need to understand that part of the social contract that holds society together is that all people have a duty not to be a dipshit; to actually understand what the fuck you are talking about so the rest of us can understand your ass. We’ve spent far too long getting away from that.

Time for some harsh reality, gang. One of the most destructive things about the Obama years is that we were forced to waste time listening to people who don’t matter. Thanks to the ascendancy of President Trump, we “alpha humans” need to realize this is a brave new world where Russians can grab fake news by the pussy; a world where you can feel free to tell that guy at your office who thinks quoting Colin Cowherd makes him clever to shut the fuck up! Feel free to point out the fact he lives in his mother’s basement and his only social contact is playing vidoe games on-line and getting blocked by ESPN people on Twitter.  Slam your coffee mug into his face if the need arises.

It’s time for those of who aren’t shitheads to take advantage of the next four years and start putting stupid, useless people back in their place.

3 comments on “Ask J-Dub – Episode One: The Super Duper Bowl”

If you're Harris English, Georgia guy and Ryder Cup champ, why wouldn't you bring the hardware to #collegegameday ?
Suck it, Europe #rydercup
Greetings from the surface of Venus.