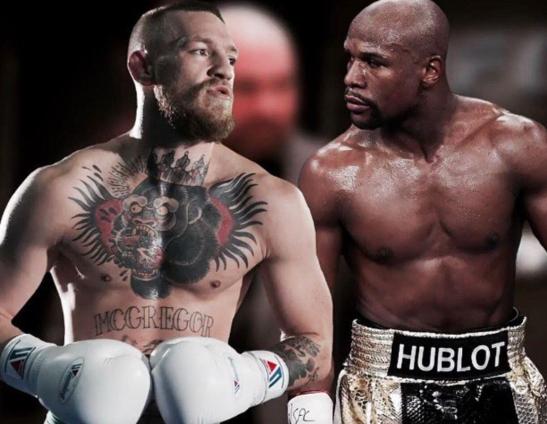 Maybe you have some money on the big fight tonight.  Maybe you’ve even ponied up for the pay-per-view.  But if you are running a sportsbook, you are seriously sweating this one out.  That’s because the Mayweather-McGregor fight is by all estimates going to be the most heavily bet on boxing match in history.  By the time we hear a bell in Las Vegas tonight, it’s very possible this fight blows past the approximately $60 million which was wagered on the Mayweather-Pacquiao fight two years ago.

Normally, those kind of numbers would make most bookies harder than Ron Jeremy with an IV Viagra drip.  But there’s a huge problem.

As a former bookie and author of J-Dub’s Gambling Challenge, it’s “Bookie 101” that you keep your action balanced.  You need enough losers to pay the winners because you will never stay in business making book if you are paying out of your own pocket. But the numbers on this fight are so exceptionally lop-sided that right now, there are guys in Vegas chugging Maalox wondering how they pay the light bill tomorrow if McGregor wins.

As it stands as of this writing with about twelve hours remaining to get money down on this fight, the vast majority of bets are being placed on McGregor.  While the numbers are beginning to move more towards a balance as one would expect in such a situation, the scales are now so badly tipped that Vegas really needs a lot of big money to come in for Mayweather soon….really soon.

It works like this.  Once a betting line is set, odds move according to the amount of money that comes in  for purposes of keeping the action balanced.  But as of mid-week, the people at MGM Resorts were gravely concerned at the imbalance.

Despite the overwhelming consensus from experts that the 29-year-old Irishman has little chance to beat the undefeated boxing legend this weekend, bettors are overwhelmingly in McGregor’s corner — accounting for 89 percent of all action, according to BetOnline.ag — and could be setting the city’s sportsbooks up for one of its darkest days ever.

“This could be the worst loss in the history of MGM Resorts,” Jay Rood, vice president of MGM Resorts Race and Sports, told ESPN.

Because of all the various and sundry places one can place a bet in this world, having a set of hard, verifiable data points but the one that tells the story is the where the line is going.  On the very morning of the fight, it keeps drifting toward McGregor which means people keep putting money on him.

The original money line on this fight opened with Mayweather as a -2500 favorite, and McGregor as a +1100 underdog. That means that to win $100 by betting on Mayweather, you would have to lay down $2,500.  Conversely, every $100 wagered on McGregor would net the guy betting on the Irishman $1,100. That means there’s a lot of little guys betting next week’s lunch money, and not enough people placing the big-risk, low-reward Mayweather play.

“I’ve never seen anything like this. I can’t believe it’s this lopsided,” Zach Jornlin, sportsbook supervisor at MGM Resorts, told The Post. “There are over 6,000 more tickets for McGregor than there are for Mayweather. … A lot of people hate Mayweather and a lot of people want to see him get knocked out, and make some money. This would be a really, really bad loss for us.”

“The whole world is betting McGregor, and [the line] just keeps dropping and dropping.”

There it is.  The line keeps dropping because Vegas needs more Mayweather money.  The “Gambling Grand Canyon” which started at -2500 Mayweather /+100 McGregor was down to -800/+500 in June, and if you want to get in this morning, you’d better hurry while you can still find -475/+325.

A couple of big bets came in on Thursday for Mayweather; they have to be big to make them worthwhile.  The two biggest bets on this fight so far are both on Mayweather; one for $1 million on  -550 (win nets $182,000) and one for $1.2 million at -500 (win nets $240,000).  That’s why the number is under -500 this morning, which means it’s a good thing I restrict my gambling addiction to college football and that I’m not a billionaire with a desire to create economic havoc.

Sportsbooks are hoping that “sharps” — expert gamblers — will provide a safety net, by placing heavy bets on Mayweather later in the week, when the line falls even more, and provides its greatest value for the favorite.

“I think we’re going to see more from Mayweather this week, and it should help even it out a little bit more, but we may keep seeing more for McGregor, too,” Jornlin said. “Hopefully we have some big bets on Mayweather coming this weekend.”

Think about it. As fragile as the sports books are right now with this situation, imagine what would happen if I went out and dropped five or so half-million dollar bets; all on McGregor.  Las Vegas might spontaneously explode.

Of course, all of this is moot if Mayweather wins.  But what if…

This entry was posted on August 26, 2017 by J-Dub in Sports and tagged Boxing, Conor McGregor, Floyd Mayweather, Gambling.