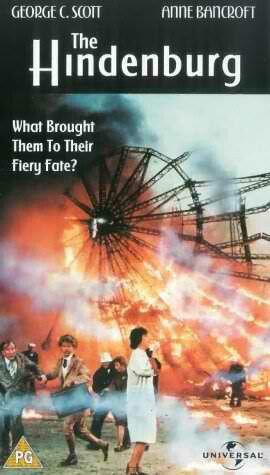 Let’s be honest.  Calling this movie a “classic” is like calling anything from McBurgerQueen haute cuisine.  I love a good steak; I also love the occasional gut-busting fast-food gastronomic demi-suicide.  Movies share that dichotomy, not everything can be “Citizen Kane.” Just like there are “comfort foods,” there are “comfort movies.” You know they aren’t good, but you like them anyway. “The Hindenburg” is certainly not “steak;” think more along the lines of macaroni and cheese filled with sliced hot dogs.

What makes this a comfort movie is the fact that most of us know the story…big Nazi blimp blows up in New Jersey and the phrase “Oh, the humanity!” is burned into the American lexicon.  It’s also another of those epic 1970’s bigger-than-life “Disaster” films in the class with “Earthquake” and “The Towering Inferno.”

Like those movies, “The Hindenburg” boasts an incredible cast.  George C. Scott gives one of his best performances, Anne Bancroft is outstanding as always, and this film is a veritable “Who’s Who” of character actors of the decade… William Atherton, Roy Thinnes, Gig Young, Burgess Meredith, Charles Durning, Richard Dysart, Robert Clary, Rene Auberjonois, Peter Donat, Alan Oppenheimer, Katherine Helmond…just to name a few.  You may not recognize many of those names, but looking them up on IMDB.com will have you spending an afternoon saying “Oh…THAT guy!”

This movie has everything you would think makes for a great film; it’s got a compelling story, it has an incredible cast, and it certainly didn’t lack for budget.

But it finds ways to disappoint on so many levels. I’m going to leave the reasons why to film students and classic movie buffs; there’s so many things to discuss I couldn’t possibly entertain them all here.  Not to mention, none of them are germane to our hidden sports analogy.

If I didn’t know any better, I’d swear “The Hindenburg” was written, directed, and produced by Cincinnati Bengals’ head coach Marvin Lewis. After all, I can’t think of a coach in the modern era of the NFL who has accomplished less with more resources than “Messy Marvin.” In other words, just like “The Hindenburg,” the Cincinnati Bengals under Marvin Lewis are a cavalcade of disappointment. 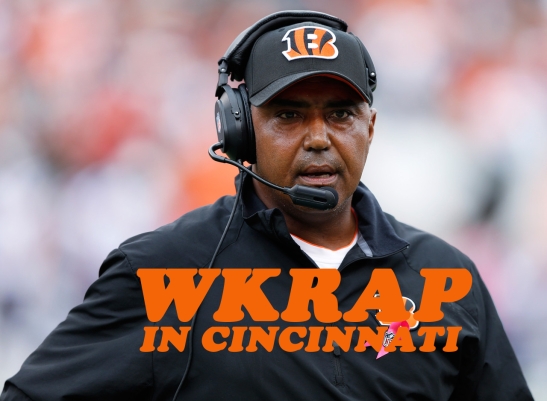 To see that, all you need to do is look at the talent Lewis has had to work with.  In 15 seasons on the sideline in Cincinnati, Lewis has had six first-team All-Pro selections, and countless Pro Bowl players (including two quarterbacks).  That’s a major contributor to the fact that under Lewis, the Bengals’ have only had four losing seasons, and six campaigns in which the Queen City Kitties notched double-digit wins, including four in a row between 2012 and 2015.  That kind of winning is why the Bengals under Lewis have been in the play-offs seven times, including five consecutive appearances between 2011 and 2015.

To quote my dear-departed high-school French teacher…”There in lies the rub.”  For a respectable amount of regular season success, how many play-off victories does ol’ Marv have to show for it? Bagel. Bupkus. Zip-A-Dee-Doo-Dah. 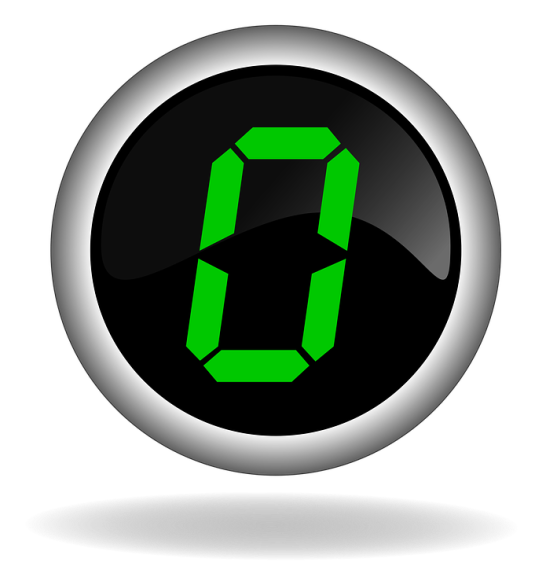 Here’s another “zero” number for you to ponder. How many other coaches have as many play-off appearances without a single post-season victory? You guessed it…zero.

Here’s the really fun part. This is a list of coaches in the last thirty years who had teams of equal or lesser talent the Marv’s Bengals and still managed one “W” in the play-offs:

As an Eagles fan, the name that jumps off that list is Rich “Decline the Penalty and Punt” Kotite.  As a blogger, there’s a reason why I believe Kotite is the worst NFL coach who got more than one job. And yet as of this writing, Kotite is a better play-off coach than Lewis.

Lewis may never make that “more than one job” list because it seems he will never be fired in Cincinnati. Years of above-average mediocrity punctuated with a string of post-season failure appears to have ol’ Marv headed for his 20-year pension with the Bengals.  Perhaps the only way his tenure in Cincinnati ends is like “The Hindenburg” because the first two hours of that film could be a microcosm for Marv’s fifteen years with the Bengals.  They both were a long, drawn-out period where nothing remarkable happens.

The difference is we know how the end comes for the giant German blimp.  The question then becomes is there a fiery cataclysm coming in Cincinnati from which there is no return?

Apparently, that Global Warming thing is real. Break out the sunscreen for Wednesday!
You can have your own Christmas concert because WE'RE NOT GONNA TAKE IT!
Irony: When "Boozy Betty" gets you a Liverpool FC bourbon glass (not yet unwrapped: a Modelo beer t-shirt).