Get Ready For The “Box Office Jocks” Blog-A-Thon!

If you aren’t familiar with Dubsism, it’s a combination of two things which usually don’t go together; rabid enthusiasm for all things sport, and an infatuation with classic cinema.  I think that came about the first time I got a John Wayne western in lieu of a rained-out baseball game. Thus began the double-helixing of sports and movies in my oft-concussed brain.

To make the proverbial long story short, I discovered blogging, and then I discovered the classic film blog-a-thon.  I dipped my toe into that world by offering some episodes of my series “Sports Analogies Hidden in Classic Movies.” The classic film blogging community has given me such a positive response that I’m jumping in with both feet by hosting my first blog-a-thon! Since it’s my first time, Paul S. from Return to the 80’s was gracious enough to join me to make sure I don’t bump into the furniture.

Obviously, there’s going to be a sports-related theme.

Here’s what we are doing.  The “Box Office Jocks” Blog-a-thon will take place on Super Bowl weekend, February 2nd and 3rd, 2019.  Day One will be hosted by Paul S. from Return to the 80’s; Dubsism will handle Day Two. This blog-a-thon is all about movies featuring actors who used to be athletes at the college, Olympic, or professional level, OR movies in which a famous athlete appears. It is NOT about movies which have a sports-related theme. This is about actors who once were jocks, or big-time jocks who make cameos.

Now, I’ve already established that many classic film fans may not have a lot of familiarity with the world of sport.  Well, fret not potential participants…this actually casts a pretty wide net. Possibilities include (but certainly aren’t limited to) John Wayne, Kirk Douglas, Buster Crabbe, Johnny Weissmuller, Esther Williams, Sonja Heine, up through people like Beau Bridges, Dwayne “The Rock” Johnson, or the recently departed Burt Reynolds.

Let’s say you don’t want to do any of those.  No sweat, because there’s plenty to choose from; we’ve even started the research for you:

Actors who once were College or Olympic athletes:

Pro athletes who either made cameo appearance or became “straight-up” actors:

Got somebody you want to write about who isn’t on one of those lists? Just send us a link to something which shows they fit the theme and they’re in.

Here’s how to participate.  Tell us the movie you want, the year it was released and who your featured actor/jock is. Be sure to tell me who you are, provide a link to your blog, and include the banner at the top of this post in your piece. You don’t even need to leave this page to send us your contribution!

After you’ve sent us your subject, once your piece is published, send us the link and we will take care of the rest.

You can pick any movie and actor/jock you wish (as long as they fit the format), but since the field casts such a large net we’re going to ask for no duplicates on the choice of film and no previously posted material.  Other than that, it’s all up to you!

You’ll also want to keep tabs on my Blog-a-thon page because that’s where new projects are going to be announced for 2019 and beyond!

Dubsism: They Were Expendable, 1945 – Before becoming arguably the biggest star in the history John Wayne played guard for the University of Southern California.

Cracked Rear Viewer: A Lady Takes A Chance, 1943 – Bringing us our second contribution from “The Duke.” 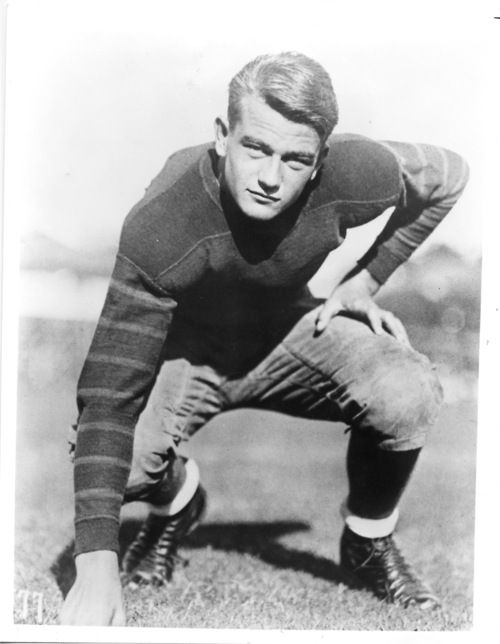 Reelweegiemidget Reviews: Doubles down on Burt Reynolds with a retrospective spanning a selected body of his work. 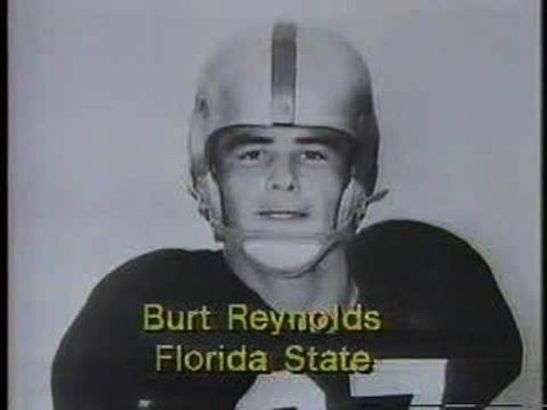 Taking Up Room: Prefontaine, 1997 – Before he was “Al Bundy,” Ed O’Neill was a defensive lineman for the Youngstown State Penguins, and earned a tryout with the Pittsburgh Steelers.

The Wonderful World of Cinema: Dangerous When Wet, 1953 – Virginie Pronovost dives into this Esther Williams classic. Williams may very well have been an Olympic gold medalist in swimming had World War II not happened.

Sat In Your Lap: Take Me Out To The Ball Game, 1949 – Michael from Sat in Your Lap doubles down on Esther Williams. 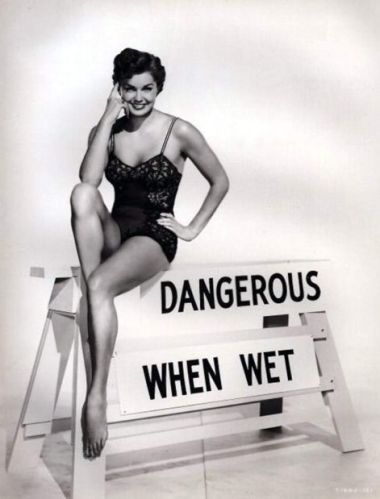 Pale Writer: Return to Me, 2000;  and Raw Wind In Eden, 1958 – Before the X-Files, David Duchovny was an “X and O” guy on the basketball floor for Princeton University.  She is also bringing the third Esther Williams contribution to this blog-a-thon.

It Came From The Man Cave: Into The Sun, 2005 – Here’s a guy looking to win the first Box Office Jocks Heisman Trophy by looking at former Ohio State/Tennessee Titans star Eddie George in this Steven Seagal vehicle. 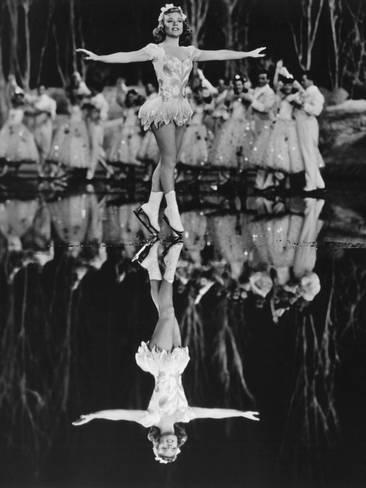 The Midnite Drive-In: Major League, 1989 & Major League II, 1994 – Quiggy from Midnite Drive-In goes juuuuusssst a bit outside going inside the work of former catcher and Hall-of-Fame broadcaster Bob Uecker’s portrayal of the movie voice of the Cleveland Indians, Harry Doyle. 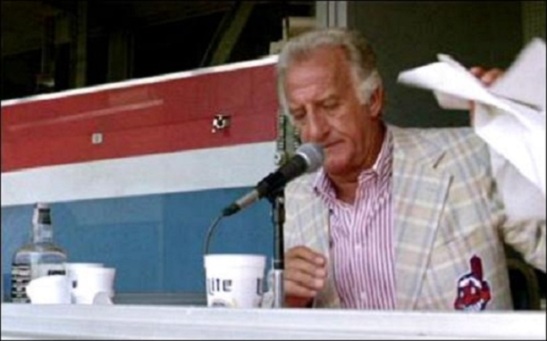 This page will be updated as we get more contributions, so keep ’em coming!

5 comments on “Get Ready For The “Box Office Jocks” Blog-A-Thon!”

This entry was posted on November 11, 2018 by J-Dub in Movies, Sports and tagged Blog-A-Thon, Classic Movies.