The 2019 Dubsism Pro Football Hall of Fame Ballot – The Results Are In! 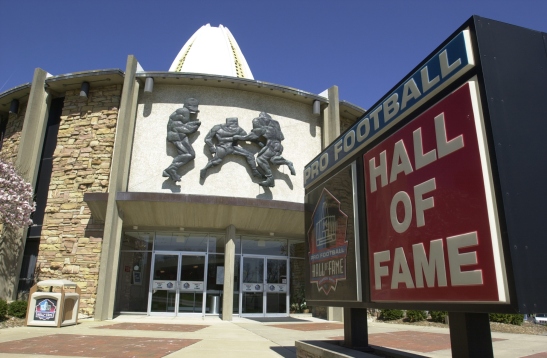 We will keep this short and sweet. Last night, the Pro Football Hall of Fame welcomed eight new members as part of it’s class of 2019. As we are wont to do here at Dubsism, we told you about our ballot, and offered you the chance to cast your own votes.

Who I Voted For and The Order I Placed Them On My Ballot:

How The Dubsists Voted: 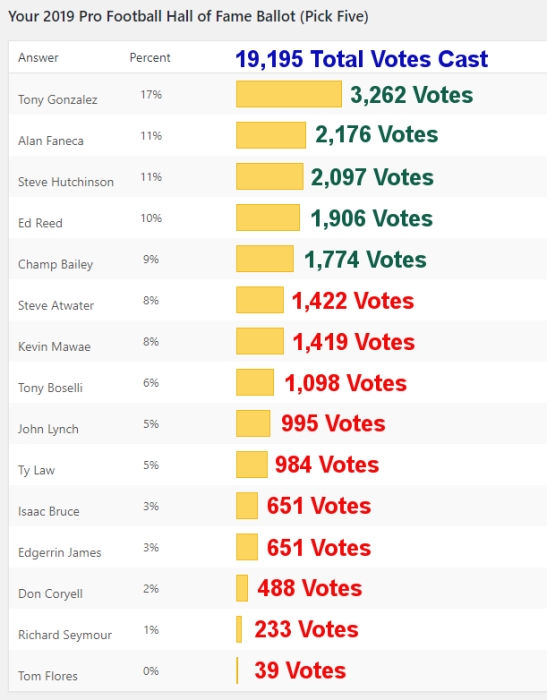 The Officlal Dubsism Ballot and the top five finishers in the vote from the Dubsists selected the same five players, albeit in a different order. Based off those votes totals, and assuming the sample size of the Dubsist votes is sufficient enough to mitigate the usual skews, it would seem that Kevin Mawae’s induction is not as much of a surprise as the main stream media might have you believe.  Mawae was only about 350 votes shy of the top five, which is especially impressive given that the Dubsists inducted two other offensive linemen which is a historically undervalued position in Canton.

The clear surprise is Ty Law’s inductions over Champ Bailey.  The official Dubsism ballot, the Dubsists votes, and the conventional wisdom all had Champ Bailey heading for Canton. All accounts had Ty Law in the “not this year, but soon” camp; we just didn’t know “soon” meant “now.”

You can see all the original comments on this year’s finalists here.

2 comments on “The 2019 Dubsism Pro Football Hall of Fame Ballot – The Results Are In!”

This entry was posted on February 3, 2019 by J-Dub in NFL, Sports and tagged Hall of Fame, NFL, Polls.