From One Campaign To Another: Vote Jamie Moyer in 2012!

Jamie Moyer turns 48 on November 18th. Now, thanks to the Phillies cutting their ties with the veteran left-hander, he’s a free agent.  The team placed him on waivers last month to clear a spot on the 40-man roster and hasten Moyer’s move to the open market.  Moyer has 267 wins and 2,405 strikeouts in his 24-year career and was an effective pitcher for a great portion of last season. However, his age and the fact that he ended the season on the disabled list with a sprained elbow meant his prospects for offers this winter were limited at best.

To increase his odds, Moyer was rehabbing the elbow in winter ball in the Dominican Republic with the hope of joining a team. Now even that hope seems distant as Moyer re-injured his pitching elbow on Saturday.

If you are a regular reader of this blog, you know that Dubsism is your home of the Jamie Moyer for the Hall of Fame Campaign. While we know that Moyer’s induction into Cooperstown is a bit of a long-shot, there is no denying that his career numbers put his name next to many baseball immortals. Moyer has made 686 appearances in a 24-season big-league career, starting 628 games and winning 267 since his major league debut on June 16, 1986.

However, we are not the only people who think Moyer might have a shot at the Hall of Fame.  Stretcthing a bit perhaps, but when you look at the wins and strikeout totals and the names that are around him, one does wonder.

However, stats are but one part of the Jamie Moyer story. Another feature of this blog is the File Dump, a bit of a twisted salute when we go through the bits and pieces we have amassed over the years. Clearly, Moyer’s is one of the most interesting, because there’s so much about the man he deliberately kept out of the limelight, However, File Dumps are usually like a eulogy; in this case it is a metamorphasis.

For example, you know Moyer is a World Series Champion, but you don’t know that he donated all his World Series champagne to starving children in Darfur.

Naturally, one would expect such a level of responsibility and awareness of world events in a man with Moyer’s massive intellect. Moyer’s IQ is so far off the chart that his wife became a jet-screaming genius just by being near him. 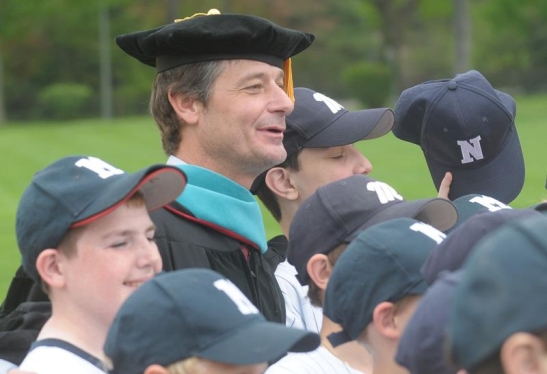 Moyer’s academic prowess led to his Doctorate of Baseball Stuff and it should come as no surprise he is a firm believer in continuing education.

Moyer is also a Renaissance Man, being the inspiration for a classic American work of art.

Back to baseball, Moyer’s humility led to the under reporting of some of his noteworthy career. Many people don’t know of Moyer’s exceptional athletic prowess; Moyer was so feared as a baserunner he was never intentionally walked in 24 years.

Moyer is also the only player in baseball history with at least 40 hits, 20 runs scored, 10 runs batted in, and 500 home runs allowed. 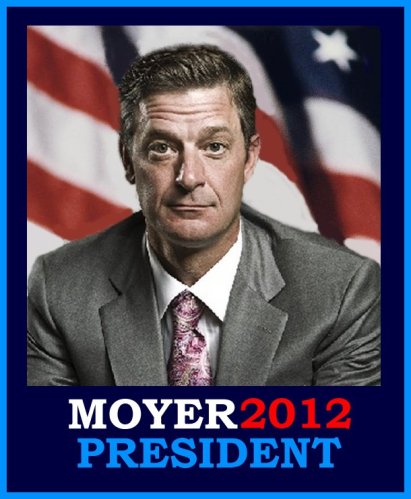 Face it, America. None of us are getting anywhere with the current class of dopes we keep electing, so why not?

4 comments on “From One Campaign To Another: Vote Jamie Moyer in 2012!”

This entry was posted on November 7, 2010 by J-Dub in Baseball and tagged Baseball, File Dump, Jamie Moyer.