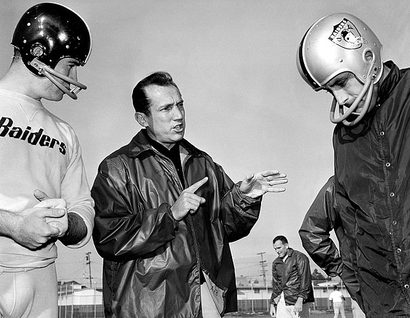 There will never be another NFL figure like Al Davis.

I would be lying if I said that I never criticized Davis.  Just a few months ago, I included him on my list of the 15 Worst Owners in Sports.  However, as I said in that piece, that criticism was reserved for the Al Davis of the past 20 years or so.

For those of you under 30, you may not believe there was a time when Al Davis wasn’t a batshit crazy Cryptkeeper look-alike and the Raiders were not the laughing stock of the NFL. In an 18-year span during the 70′s and 80′s, the Raiders won 13 division championships, made 15 playoff appearances, and took home three Lombardi trophies. This is the era when the Raiders were the winningest team in all of professional sports, and love him or hate him, Davis was a respected and visionary leader who helped build the AFL into a league so successful the NFL couldn’t beat it so they joined with it.

That paragraph only scratches the surface as to what Al Davis meant to the world of professional football.  Davis literally climbed the football ladder, going from college assistant coach to an NFL assistant coach, to head coach,  to owner to AFL commissioner, to Super Bowl champion,  and ultimately to the Hall of Fame.

Perhaps his single greatest honor is having made a record nine presentations of inductees to the Pro Football Hall of Fame.  Al Davis made presentation speeches for  Lance Alworth, Jim Otto, George Blanda, Willie Brown, Gene Upshaw, Fred Biletnikoff, Art Shell, Ted Hendricks, and John Madden. Davis himself was enshrined in Canton in 1992.

Davis changed the game of football through sheer personality; a personality which was a collection of contradictions. At once, he was was loyal and rebellious;  cantankerous and vindictive,  yet sentimental.  Yet through all that, Davis’ name must be included amongst the founding fathers of the NFL; a name that must be mentioned with same reverence in NFL circles as that of George Halas.

Davis was a trailblazer in a number of ways. Davis first arrived in Oakland in January 1963,  At only 33 years old, Davis was the youngest head coach and general manager in all of professional football. The Raiders were picked to finish in last place but logged a 10-4 record, garnering Pro Football Coach of the Year honors for Davis.

In 1966, Davis became Commissioner of the American Football League. This was a post he accepted reluctantly. But AFL owners, in their battle with the rival National Football League, prevailed on Davis to accept the position.

Just eight weeks later, when pro football’s two major leagues put an end to their six-year war, Davis was credited as the man who brought the leagues to merge. He was also a major force behind the 1969 realignment of the newly-combined National Football League into two conferences — the AFC and NFC.

His contributions to the league as a whole notwithstanding, there the matter of his success with the Raiders. His trademark slogan weren’t just some words on a banner, it was a philosophy that propelled the three-time World Champion Raiders to the very top of the professional sports world. In the 48 year marriage between Davis and the Raiders, they had 28 winning seasons, including 16 in a row from 1965 through the 1980 World Championship season. 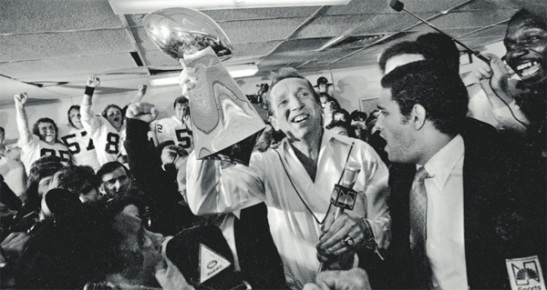 Al Davis made professional football what it is today. When Davis became part of the pro football world, it was a sporting after-thought languishing for fans behind baseball, college football, horse racing, and boxing. Davis leaves the NFL as the pre-eminent sports league in North America; one with a growing global profile as well.

The days of Al Davis’ greatness may be in the past, preserved in NFL Films documentaries and so many printed pages. However, it age doesn’t diminish it’s existence.  You can’t argue with three Super Bowl trophies in seven years.

Naturally, Davis didn’t go through this mortal coil without collecting his fair share of detractors…show me a man who has enemies, and I will show you a man who stood up for something.  I certainly don’t agree with some of the decisions he made, or some of the things he did, but like time, they do not detract from his amazing list of accomplishments.

The “big picture” on Al Davis is despite his faults, there is no disputing the impact he had on the NFL, and the continued growth and success of the league will be his legacy.

This entry was posted on October 10, 2011 by J-Dub in NFL and tagged Al Davis, NFL, Oakland Raiders.