If you had to take either Ryan Mallett or Cam Newton, which would you take?

If I’m a GM, I’m not touching Cam Newton with a 10-foot pole with a 60-foot pole attached to it.  I don’t want anything to do with Newton, period.  Newton’s left a paper trail wherever he’s been; there’s solid, documented stuff on him, and I think when you add fifty million bucks to that…welcome to JaMarcus II. 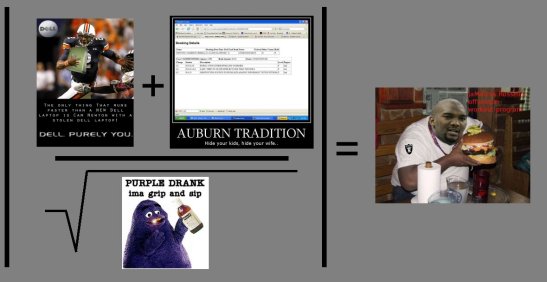 I’m not as down on Mallett as everybody else seems to be;  most of the stuff swirling around him seems to be a lot of smoke (pun not intended). Yet, we live in an NFL Draft world where Rule Number 1 is that where there is smoke, there is probably a fire; Mallett has been hit with drug and partying rumors since he left Arkansas. The rumors keep flying, and yet he’s not failing drug tests and he’s not being seen misbehaving in public (don’t forget we live in the camera-phone world). The only thing I could find was a public intoxication charge from two years ago.  I’m not that worried about a college kid getting tagged with $150 misdemeanor for walking home from a beer party, especially since I can’t find anything solid since then.

What I see in Mallett is a kid with a ass-load of physical talent who has yet to have anybody coach him on the mental aspects of not just football, but life in general. Granted, he may not be the sharpest tool in the shed (be sure to let me know when you start seeing scholarships with the name “Favre” or “Bradshaw” on them), but I think given the right circumstances, the kid’s upside is hard to ignore.  Sports Illustrated’s Peter King has five quarterbacks going in the first round of the draft — and Mallett isn’t in the group. Sorry, but there’s no way there are five quarterbacks in this draft more talented than Ryan Mallett.

The really messed up part is now inventing on-field reasons not to like him. Now all of  a sudden, Mallett isn’t mobile enough. If Mallett is so immobile, why didn’t it show on the field? Granted, he’s a 6-foot-7 “pocket passer” (and we all know what that is code for), but he still runs a respectable 4.5 second 40-yard dash.  Compare him with the “athletic quarterback” (speaking of code words) Cam Newton who threw 280 passes last season and was sacked 23 times. Mallett threw 411 passes and was sacked 25 times.

It all comes down to the  circumstances – this kid needs a mentor as badly as the Vikings need a quarterback. Had he been able to play for 4 years under Lloyd Carr at Michigan, I think it is very unlikely we are having this discussion – Carr did a good job of teaching guys how to not be knuckleheads.  But when Carr got pushed out the door, Mallett was left with a hemmorhoid like Rich Rodriguez, then transferred to an even worse guy in Bobby Petrino at Arkansas. If Mallett goes to an organization that cares about character (i.e. Patriots, Saints, Colts…) and gets the kid the mentor he needs, the sky is the limit for his upside.  If the opposite happens, and he ends up in a dysfucntional organization like the Raiders, Vikings, or Jets, he will mirror that dysfunction and therefore become just another flame-out.