I’ve said it before, and I will say it again. There is a rule in the blogosphere that says if you tag more than three posts with “college football,” you are required to do a pre-season ranking. Failure to do so will get your nose flayed and your genitals set on fire.

With that…teams are rated within their conference, and the conferences are ranked in order of overall strength.

Plus, since here at Dubsism we are believers in the yin and yang of things, we felt it necessary not only to do the obligatory Top 25 list, but a comprehensive list as well. Why? Because for every team that should be admired for its prowess, there is one that should be pitied for its ineptitude.

This used to be that special category for Army, Navy, and that school in Indiana that used to mean something.  But this year finds a new addition, Brigham Young.  One thing the folks at BYU are going to discover is that unless you are Notre Dame, it’s going to be hard scheduling favorably. This is why BYU could find itself starting 0-4 and may find itself with only four wins total.

Making the move to being an independent may spell doom for BYU football. Aside from the scheduling issue, the TV network they have started in essentially unwatchable unless you are considering actually becoming a Mormon. But more importantly, they wll never get invited to a good bowl game because nobody can make any money off BYU fans. They don’t travel well, and when they do, they don’t spend money.

A few years back Penn State was selected for a bowl game appearance over BYU despite the fact BYU had a better record. When confronted by angry BYU officials the bowl’s representative allegedly replied “Penn State fans come early, stay late, and have a good time. BYU fans show up with two things: a $50 bill and the Ten Commandments, and at the end of the day, they haven’t broken either one.”

Now let’s talk about things that haven’t changed. Every year, Notre Dame gets more attention than they deserve; a phenomenon that continues up to that point when the Irish get such a crushing loss that every the most ardent Notre Dame fan has no choice but to admit they simply aren’t very good. Even though the Irish have their typically soft schedule, the hype really should be over by the third quarter of the USC game.

Let’s face it… somebody’s got to be the “little brother.” Welcome to the Sun Belt. If you  are a major power looking to pad its non-conferennce schedule, the Sun Belt has so many cupcakes is should be called the “Bakery” conference. 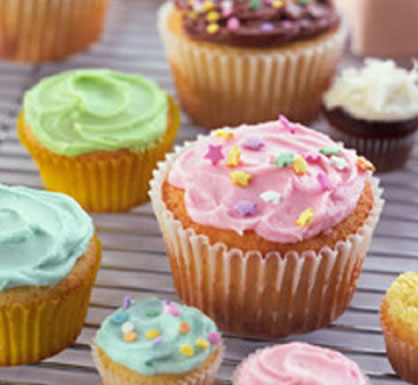 But don’t laugh. Even if they are the last car in the train, the Sun Belt is still a Football Bowl Subdivision participant, which is prestigious relative to the majority of other college football programs in America. Let’s be honest, members of the Sun Belt feast on that status; an all-you-can-eat buffet of major conference transfers, “big money” road dates against big-conference schools looking for the aforementioned “cupcakes,” which leads to modest but relatively large football budget.

The Troy Trojans have been the head cupcake, capturing five straight Sun Belt titles while participating in three straight bowl games including last year’s drubbing 48-21 of Ohio in the New Orleans Bowl. However, parity remains a theme in this conference since no Sun Belt school had less than two conference losses last year.

But this looks to be the season in which a new head cupcake emerges. Florida International looks to take the top spot in a season finding three schools with new coaches — Louisiana-Lafayette, North Texas, and Arkansas State. 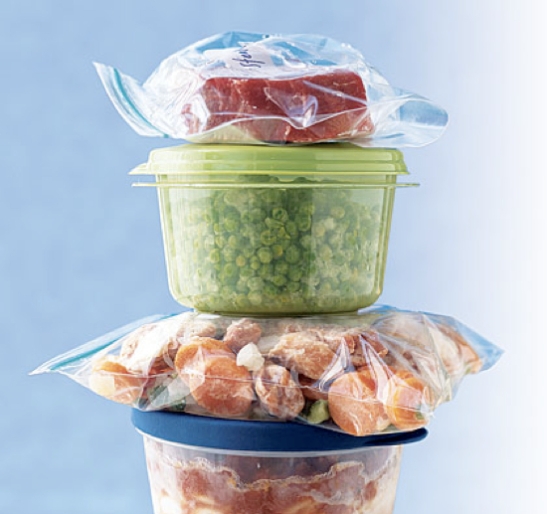 Properly stored, even dishes subject to quick spoilage like Utah State can be kept fresh for months.

By this time next year, the WAC may officially change its name to the “Leftovers Conference. The marquee program (Boise State) has already departed in favor of the Mountain West Conference, and next year, Nevada, Fresno State and Hawaii, will make the same move. I really don’t know what else to say about a conference that is on the road to irrelevance. This conference will put a couple of teams into a couple low-end bowl games; unless you are a hard-core college football junkie, there’s no real reason to pay attention to this league.

This conference reminds me of an NBA All-Star game. Everybody can score and nobody plays defense.  Houston and Tulsa have the ability to hang 60 points on on any given Saturday. Last season, C-USA had at least three teams in the Top 20 for touchdowns scored, total yards, rushing yards, passing yards,  and points scored. The top six teams in C-USA averaged 35.5 points per game last year.

Naturally, it can be said that a conference with such offensive output would have some seriously weak defenses…and it would be correct to say that. Most of the defenses in this league “couldn’t stop a nosebleed” and are perfectly represented by East Carolina. The Pirates were at the bottom in nearly every defensive statistic and were joined by three other C-USA members in the bottom 20.

In other words, expect a lot of 50-45, four-and-a-half hour conference games, and don’t expect anybody below Southern Methodist to be on your radar in November.

How many other College Football Previews will give you a Charles Nelson Reilly reference?

This season, the MAC might as well be renamed “meh.” Their will be its usual creative play-calling, but don’t expect any teams from this league to make a miracle run to the top 25.

Let’s be honest. This is a basketball conference. Only three programs flirted with the pre-season rankings last year, and none were found there at the end when it matters. That won’t change this season. Pittsburgh and West Virginia underperformed, which allowed a team with a serious “meh” factor (Connecticut) to get into the BCS. Pittsburgh and West Virginia both had coaching changes with some serious drama. Rutgers imploded after Eric LeGrand was paralyzed.

That is exactly why the Big East wants to look forward. This league is in serious need of a credibility infusion and the hope is that comes in the form of  new league member (starting in 2012) TCU, and second-year coaches Skip Holtz at South Florida and Charlie Strong at Louisville.

For one year, the MWC has Boise State and TCU in the same league, giving it two national powers for 2011.  Air Force might be the best of the service academies and is coming off a bowl win against Georgia Tech. This conference will have far better quality football than the Big East, and will make a better showing in the BCS if given another opportunity.

This conference is a bit of a train wreck. Florida State and Virginia Tech are the two best programs, but then after that you have the who-knows-what Miami Hurricanes, a North Carolina team deep in the NCAA’s doghouse, and Georgia Tech on probation.

Only one ACC team has won a BCS game in the last dozen years, and an early Florida State test against Oklahoma should tell us a lot about either side.

This is soon to be another “leftovers” conference,” what’s left of the conference exists only to bask in the reflected glory of Texas and Oklahoma. Nebraska and Colorado are already gone, Texas A&M is as good as gone, and Oklahoma passed on the opportunity to join the Pac-12 last year. This conference may be a memory soon, but we should have at least one more opportunity to watch Oklahoma choke.

With Colorado and Utah, the newly-formed conference sports six teams which at one point were  ranked in the top 25.

There are a few major storylines that will be constant throughout the season but the Heisman race sits at the forefront. Last year’s Heisman runner-up Andrew Luck and third place finisher LaMichael James return for the 2011 season as prohibitive favorites for the trophy.

James had a monster season in 2010 and led Oregon to a berth in the BCS National Championship game. Not only was he third in the Heisman voting, he was awarded the Doak Walker trophy as best running back in the nation. In 2011 the Ducks return plenty on offense and could make a repeat appearance in New Orleans. Oregon’s offensive scheme is tailored for James and with a successful campaign he could become just the third running back to win the Heisman since 1999.

Forget about Nebraska, the real story in the Big Ten just may be that the three traditional powers in Ohio State, Michigan, and Penn State could all have a dropoff.  Ohio State is in the middle of its NCAA drama, Michigan has a new coach for the second time in four years, and Penn State has some major question marks on offense. There’s no telling how all those situations may shake out. For sure one of those three will take a step backward, and possibly all three. It matter little in terms of who will be at the top in the end; this seems to be Wisconsin’s league to lose.

The Post-Urban Meyer SEC is the best conference in college football. From the day Pope Urban I landed in Gainsville, the SEC transformed into a juggernaut which has won the last five BCS titles. changed when Urban Meyer took his coaching talents to Gainesville.

It’s almost heresy now in college football to point out the days when nobody, and I mean NOBODY thought the spread offense would thrive in the SEC.  But it didn’t take long for Pope Urban I to win a host of apostles. Within a couple of years, the SEC was no longer a league of jurassic, knuckle-walker offenses and defenses which came with their own coroner.

In 2006, only one team in the league averaged more than 30 points per game. Four years later, that number had increased to seven, and ten averaged 29 or better.  It happened because those teams all used some sort of spread offense. Even the cro-magnon leather helmets in Tuscaloosa dabbled in something other than a tailback-based attack.

This is the bottom line. The SEC has more talent and more good coaches, it’s that combination that makes this league likely to win a sixth BCS title.

Looks like I got a new pet. I'll call him the Birthday Bee.
So...4 years after adopting this rescue cat, she's still obviously neglected. After all, we haven't even fixed her spinal deformity.
Here's one Dr. Rick missed. When you have a "favorite spatula," and you get upset because you broke it. #becomingyourparents