If I Don’t Get A Post On “Freshly Pressed” Soon, I’m Going To Eat A Bug 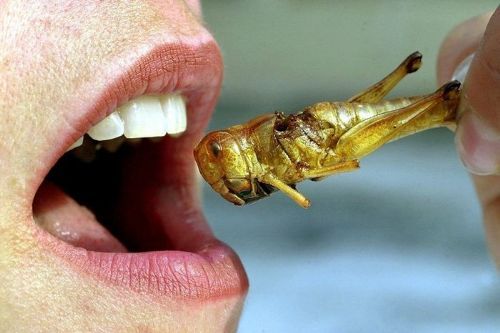 For those of you who aren’t bloggers who use WordPress, you may not be familiar with what exactly “Freshly Pressed” is.

Freshly Pressed is a place which features those blogs considered by some unknown entity somewhere out there in the WordPress world to be trendy, entertaining, or essentially having any other positive quality which apparently Dubsism lacks.

Frankly, I’m flummoxed as to what it takes to be granted admittance into the WordPress version of the Promised Land.  I will admit, I probably don’t always follow the guidelines, largely because I don’t even know what they are.  I’m sure I could find them, but I’m really not that ambitious.  Maybe the WordPress gods know I’m secretly lazy and are holding that against me.

But I really can’t appear to be a complete slug; I’ve been blogging on WordPress for over three years now, and I’ve written over 650 posts.  The odds are prohibitively against all of them being foul, obscene, offensive or just plain lousy.  After all, even a blind blogger finds a nut once in a while.

Like I said, I’m not really sure what the Freshly Pressed commissars consider worthy, but I can at least guess at the basics.

I’m pretty sure you can’t be profane. So, I’ll make sure I keep this [EXPLETIVE DELETED] post clean.

I’d also bet being offensive won’t get you anywhere.  So, I won’t mention a word about those [EXPLETIVE DELETED] [REDACTED] I don’t like.

Somebody needs to tell me how I get more “Friendly.”

The one thing I won’t change is what Dubsism is really all about.  Not only is Dubsism a blog dedicated to my opinions about sports, but it is staying that way.  Yeah, I know I’m not writing about sports now, and I get that I’m actually doing a bit of what I’m saying I won’t do, so there’s no need to leave me some pseudo-pithy comment misusing the term “irony.”

The problem is that blogs about sports seem to be the red-headed step-child of WordPress.  They have about as much chance of making Freshly Pressed as Michael Vick does of winning an award from PETA.  The genesis of Dubsism was to be an outlet for my sport-related rants, and were that outlet to change, the consequences could range from my marriage ending to my becoming a murder victim.  Mrs. Dubsism is a very tolerant character, but if she has to hear many more of my anti-Los Angeles Dodger tirades, she won’t be far from picking up our old-school cast-iron skillet while thumbing through my life-insurance policy and weighing her options.

So, here’s the deal.

Obviously, I’m not beyond shameless self-promotion; otherwise, you wouldn’t be reading this blatant attempt to curry the favor of whoever controls Freshly Pressed.  Obviously, nothing I’ve done up to this point merits the attention of these people. Obviously, I need to up the ante.

Like the title says, if I don’t get a post on “Freshly Pressed” soon, I’m going to eat a bug.  Just so we are clear here, I’m not talking about some sort of tree-hugger “let’s all save the earth” sort of bug eating.  I’m talking about some truly nasty stuff that gets people who over do it killed.

For further clarity, let’s all understand I have no intention of offing myself through some self-serving act of entomophagy. I just want the same recognition that some really lousy blogs get.  This blog sucks enough to be recognized, and if I don’t get it, I’m going to suck down some sort of bug.

Here’s where you come in.  Rather than just arbitrarily deciding for myself what sort of bug I should eat, I’m going to leave it up to you.

5 comments on “If I Don’t Get A Post On “Freshly Pressed” Soon, I’m Going To Eat A Bug”

This entry was posted on November 3, 2012 by J-Dub in Humor, Sports and tagged Ava Devine, Bug Eating, Freshly Pressed, WordPress.