Conversations Not Meant To Be Public: Jay Gruden Realizes He No Longer Needs Daniel Snyder 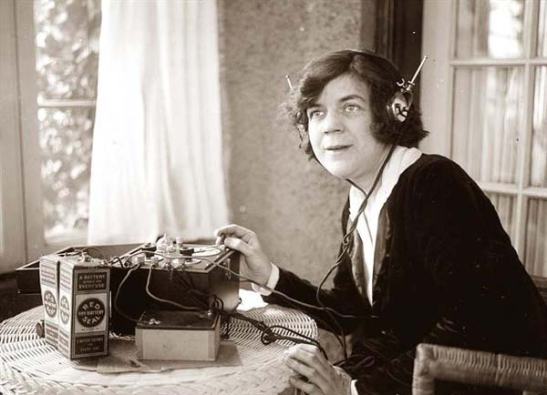 By J-Dub and Eight Thirty Seven

Editor’s Note: This article is a collaborative effort between J-Dub and Eight Thirty Seven from First Order Historians. Read at your own risk.

Last night, the unthinkable happened, particularly for a New York Giants fan like Eight Thirty Seven and a Philadelphia Eagles fan like J-Dub.  In one fell swoop, both of their seasons ended like how Morrie got it in “Goodfellas;” with the hands of Washington Redskins’ quarterback Kirk Cousins guiding the ice pick into our collective brain stems.  But before they drowned their misery in some cheap-shit liquor spiked with Aqua Velva and curled up in a sorrow-spoon together, J-Dub and Eight Thirty Seven managed to intercept the following conversation between Redskins’ owner Dan Snyder and head coach Jay Gruden.

*Legal Disclaimer – J-Dub and Eight Thirty Seven have a strange way of defining certain terms. “Intercepted” should be read as “completely fucking fabricated” by these two jamokes during yet another of their aforementioned chemical binges. Despite that, we here at Dubsism would be willing to bet they aren’t  far from the truth…

The Scene:  Dan Snyder approaches Jay Gruden on the team flight back to Washington.  Having just won their division and secured a spot in the play-offs, the mood is considerably celebratory.  In other words, they’re both drunker than the two jokers who wrote this.

JG:  What do you want, Fuckface?

DS: I figured it was time…well, I’m pretty sure I owe you an apology.

JG: (Sets down his drink) Oh, this ought to be good…

DS:  Don’t make this any harder than it has to be, asshole.  Look, I know we really don’t like each other, but…

JG: (Interrupts) It’s not that I don’t like you, Danny.  It’s that I think you have your head so far up your own ass you can smell your own lungs.

DS: Look, I’m trying to apologize to you here, Jay. There’s no need to be nasty…and please don’t call me “Danny.”

JG: Go fuck your mother in the ear, Danny.  I wish I could take the words “I told you so,” heat them up with a blowtorch, and shove them up your ass right next to your goddamn head.

DS: OK, we’ve both been drinking, so maybe this isn’t the time…

JG: (Interrupts again)  Not the time for what? The time for me to tell you that I was absolutely fucking right about everything I told you about this goddamn team.  EVERYTHING, DANNY! (pokes Snyder in the chest)

DS: Well, if you’d listen, that’s exactly what I’m trying to tell you. I get it now.  I’m well aware that as a football guy, you realize I have no idea what the hell I’m doing as an owner.

JG: Well, listen to this.  Captain Ego-Cunt just admitted he doesn’t know something.  Tell you what, Danny…why don’t you put that in writing and mail it to two months ago when I still gave a fuck what you think?

JG: Nobody fucking cares, Danny. Let me tell you something.  For a guy who is a multi-billionaire, the whole goddamn world knows you’ve done absolutely fucking nothing to help this team.  They all can see you’ve owned this team for fifteen years and you’ve done nothing but fuck it up.  The fact I got this shit show into the play-offs means I can write my own ticket for my next job.

DS: (Getting angry) Listen asshole, did anybody ever put a gun to your head and tell you that you had to take this job?

JG: That’s rich.  Did you ever wonder why the only guy you could get to coach this team came from the fucking Arena League, and now that guy can leave you in his fucking dust?

DS: Really? Where the hell do you think you’re going?

JG: God, you’re so fucking stupid. (Reaches in his pocket) See this? He just gave this to me tonight! (Hands Snyder Philadelphia Eagles owner Jeffrey Lurie’s business card). He just told me whenever I want out of Washington to call him.

DS: So who’s stupid now? You really think going to a team we just beat is a step up for you?

JG: Stupid, huh? (Pulls a phone out of his pocket) Well, look here…look who I’m getting texts from! Wellington Mara…Jimmy Irsay…the Fords in Detroit.  I got options now, asshole!

DS:  So, you think you can get some more money out of me?

JG:  Want to know why I don’t give a fuck about your money?  (Turns to the part of the plane where the players are) HEY!!! WHOOPI GOLDBERG!!!  GET YOUR DREADLOCKED ASS OVER HERE!!!  (Robert Griffin III bursts through aisle curtain with the same grin he had on his face when he won the Heisman Trophy…)

JG: You see that? Even this floor-mop with a face has no fucking respect for you. You traded to get this guy, hired a guy who destroyed his career, and you can’t figure out why every morning, he walks his dog to take his morning “Danny.” You’re such a fucktard.  (Turns to RGIII and pats him on the head) Now why don’t you go get the grown-ups another scotch, Bobby?

DS: (Facepalm) So, what’s your plan for the play-offs?

JG: How the fuck should I know? I don’t even know who we’re playing yet.  Frankly, I don’t really give a shit at this point.

DS: What the hell are you talking about?  You’re still the head coach of the Washington Redskins!

JG: Not for much longer.  Face it. This shit is over the minute we go on the road, or the Seahawks come here.  And after that happens, I’m as gone as a cool breeze.  (Glances at phone) Now get the fuck out of here. Stan Kroenke is calling me.

2 comments on “Conversations Not Meant To Be Public: Jay Gruden Realizes He No Longer Needs Daniel Snyder”