If you go to the About Page on Dubsism, you are going to see right up front that I would love to stick to sports.  That’s why when I want to go all realpolitik, I am a contributor at TurtleBoy Sports. The following block-quote sums up what I’m really all about.

Face it, political discussion all too often becomes simply an exercise in name-calling, and people have been known to start wars over religion. It’s not that Dubsism shys away from these topics; quite the opposite in fact. When necessary to the overall picture, references on this blog may point to those two topics. However, since this is really more about an outlet for assorted sporting rantification and less about starting a crusade,  the author promises that all  references to non-sporting topics will be germane to the point at hand.

Unless you live under a rock at the bottom of a cave on the dark side of the moon that only gets service from Comcast, you know on Friday night President Trump went into full “shots fired” mode on the spate of recent “protests” in the NFL.  Now, let’s be clear as to what this is about.  I’ve already debunked Colin Kaepernick’s alleged First Amendment “rights,” exposed what Kaepernick’s real motive was for starting all this non-sense, and I’ve already elucidated five non-Kaepernick related reasons why I’m pulling plug on the NFL.  In other words, the fans that Trump is exhorting to walk out of football stadiums simply will be following me.

Obviously, this makes one time in which I couldn’t agree with President Trump more than I do.  From a sheer sports fan perspective, the NFL is a bullshit product, and if the league doesn’t want to address a handful of hypocritical ass-wipes who want to continue to blame everybody else under the sun for largely non-existent problems they don’t seem willing to assemble their own resources to combat, then screw the NFL. 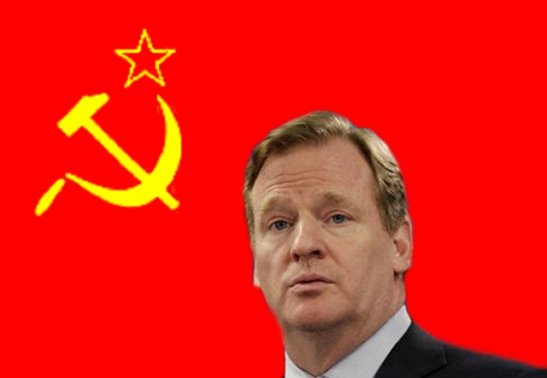 If I hadn’t already been solidly on “Team Screw The NFL,” Kommisssar Roger Goodell’s response to President Trump’s comments would have put me on the express train heading that way.  That’s why Goodell’s bilge-water is getting a patented Dubsism breakdown.

“The NFL and our players are at our best when we help create a sense of unity in our country and our culture.”

That “sense of unity” line is priceless.  Does Goodell really expect me to buy that garbage after he sat on his hands when the poster-child for this bullshit showed up in Miami wearing a Fidel Castro t-shirt?  Like most “progressive” hypocrites, “unity” only applies to to a “preferred” class, which in the eyes of Kommissar Goodell does not apply to a city full of Cubans and their descendants who suffered at the hands of one of the greatest murderers of the 20th century.

“Divisive comments like these demonstrate an unfortunate lack of respect for the NFL, our great game and all of our players, and a failure to understand the overwhelming force for good our clubs and players represent in our communities.”

I almost don’t even know where to start with this one…almost.  Let’s just start with the first word…”divisive.” We’ve already touched on “Captain Unity’s” gigantic “Up Yours” to the Cuban community, but let’s not forget about the scorch-job he’s laid on the due process of NFL players accused of various forms of wrong-doing.  Anecdotal as it may be, it says a lot about Goodell’s level of inconsistent tyranny that Ezekiel Elliot is still in the midst of a Tom Brady-esque “witch hunt” in which there was  precious little evidence to support that a crime was actually committed, meanwhile he white-washed clear video evidence of Michael Bennett’s potential crime and certain slander of two minority police officers.  Make note of the “anti-police” angle on this; it’s going to be important in a minute.

Then there’s “lack of respect for the NFL, our great game, and all of our players.” We’ve already established the NFL is putting a crap product on the field, which in and of itself means it deserves no respect.  But the real “red meat” in that statement is in “ALL of our players.”  There’s a really good reason not to respect ALL your players, Kommissar.  So many of them are criminals one could make the argument “NFL” is really an acronym for “National Felon League.”

If you doubt that, head over to a website called NFLArrest.com.  Comb through the numbers; they are really astounding.  But what can’t get missed in all the number-crunching is that this so-called protest is this all got started with “Hands Up, Don’t Shoot” in St. Louis over a situation in which the anti-police narrative being sold was shown to be blatantly false. 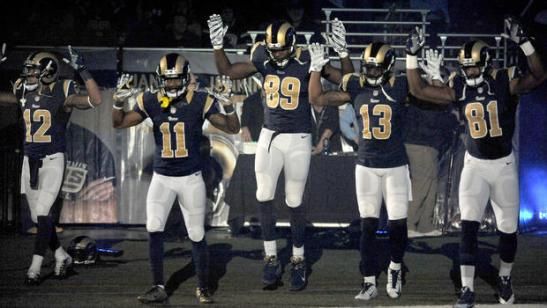 Not only is that completely unworthy of respect, Kommissar Goodell…it is complete bullshit.

One comment on “Not Fake News: NFL Kommissar Roger Goodell Is A Bullshit Artist”

This entry was posted on September 24, 2017 by J-Dub in Sports and tagged Colin Kaepernick, Donald Trump, NFL, Roger Goodell.