Sports Analogies Hidden In Classic Movies – Volume 48: “The Man In The Iron Mask” 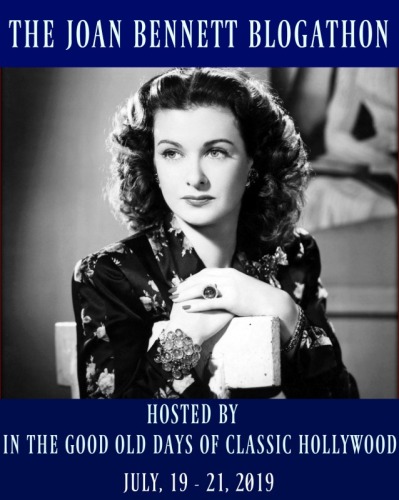 NOTE: This installment of Sports Analogies Hidden In Classic Movies is being done as part of something called The Joan Bennett Blog-A-Thon hosted by In The Good Old Days Of Classic Hollywood. If you are a regular reader of her blog, you know she’s allowed me to contribute my oddness to several of her events, but I’m certainly thankful she keeps having me back!

To see the work of all the contributors to this blog-a-thon, just click here:

“The Man in the Iron Mask” is set in 1638.  King Louis XIII of France is delighted when his son Louis is born, finally giving him an heir to the throne. But there’s a surprise since they don’t have ultrasound technology yet in the 17th century.  A few minutes later, a second son is born.  The king’s trusted adviser Colbert persuades the king to send away the second child Philippe secretly to Gascony to be raised the king’s friend d’Artagnan.  He suggests this to avoid a possible future civil war.  However, a cardinal’s messenger named Fouquet finds out about the twin and uses this to advance his career by various means, generally mostly nefarious.

Flash the clock forward twenty years, and Fouquet is now Louis XIV’s Minister of Finance.  If you slept through “The Sun King” day in history class, Louis XIV is almost universally hated by the commoners for his levying of oppressive taxes and his penchant for lopping off the heads of those who don’t pay.  Conflict arises when Fouquet sends soldiers to Gascony to collect from d’Artagnan despite the fact that Louis XIV’s father had exempted them from taxation for accepting Phillipe. d’Artagnan and his people repel Fouquet and his tax collectors, but they return in larger numbers and after a difficult battle, d’Artagnan is captured along with the other musketeers and Philippe.

Louis XIV is on the verge of ordering their executions when Colbert tells him about Philippe’s uncanny resemblance to him.  Louis XIV just so happens to be aware of an assassination attempt to take place that day, so he forces Philippe impersonate to him in exchange for his friends’ lives.  Philippe not only survives the attack, but since everybody thinks he is the real king, he shows mercy to his would-be killers; an act for which he is cheered by the people.

Even more conflict arises when Louis XIV’s wife Princess Maria Theresa (played by Joan Bennett) happens to find the “new” Louis XIV much more attractive than the real one.  Things get worse when she discovers that Louis XIV is having an affair and she leaves him. As a result, Louis XIV has Philippe imprisoned and has an iron mask clapped on his head; the idea being eventually Philippe’s beard will grow inside the mask and suffocate him.  However, Philippe is rescued by the musketeers.

After this, the musketeers make a sneaky entry into the sleeping Louis XIV’s chamber and imprison him in the mask. To complete the “turnabout is fair play” motif, the musketeers lock Louis XIV in the Bastille, where the jailers assume he is Phillippe and proceed to heap abuse on him.  But Louis gets a message to Fouquet, who gets him out of the notorious prison.

At this point, the chase in on as Fouquet  and Louis XIV careen in coach through the streets of Paris in an attempt to prevent Philippe from marrying Maria Theresa and ascending to the throne. But Fouquet and Louis XIV are intercepted by the musketeers, and a result of the ensuing battle, the musketeers, Fouquet, and Louis XIV are all killed.  Only the morally wounded d’Artagnan survives long enough to shout “God Save the King!” at Philippe’s wedding.

There may not be a single piece of sporting equipment more identified with a particular genre of film than the hockey mask and the “slasher” movie. That’s where today hidden sports analogy lies.  Come along and learn a little something about Gerry Cheevers…the man in the hockey mask. 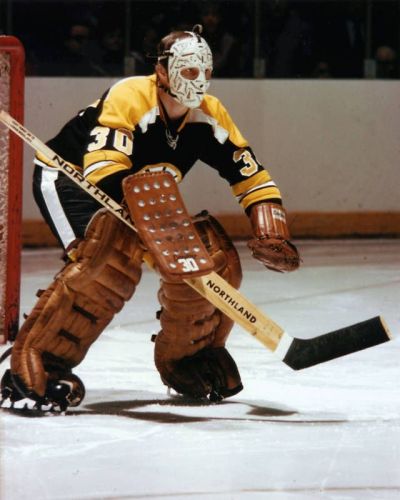 First, let’s talk about the man. Cheevers was Hall of Fame goalkeeper who played most of his career with the Boston Bruins; the team with which he won the Stanley Cup in 1970 and 1972. Cheevers was inducted into the Hockey Hall of Fame in 1985 despite having never been named to an All-Star Team or winning the Vezina Trophy (the award given each season to the best goalie).

Cheevers: Some guys have a face for masks.

That’s because during his career between the pipes in the National Hockey League (NHL), Cheevers notched a goals against average of 2.89, recorded 230 wins, played in 419 games, and registered 26 shutouts. In 1972, on his way to winning the Stanley Cup, Cheevers went undefeated in 32 consecutive games, a mark which stands to this day in the NHL.

After that, Cheevers joined the cavalcade of NHL stars who jumped to the fledgling World Hockey Association (WHA) upon it’s formation in 1972.  He only played three and a half seasons for the Cleveland Crusaders; the league only lasted seven until it merged with the NHL.

But in that time, Cheevers became second all-time in the history of the WHA in terms of goals against average and shutouts. In other words, he was a pretty damn good goalie.

But that’s not for which he’s best known.

Now, it’s time to talk about the mask. Cheevers was not the guy who invented the hockey mask, but he certainly made it famous.

If you were a hockey fan in the 1960’s or before, you remember the days when hockey players didn’t wear any head or face protection at all.  That’s also why hockey players are notorious for having “summer teeth”…you know, some are here, some are there.  The facial damage “ante” got raised for goalies.  It doesn’t take much to understand why. If you aren’t familiar with a hockey puck, imagine a six-ounce, concrete-hard vulcanized rubber disk…then imagine it being frozen solid and nailing you in the face at 100 miles per hour.  That’s why you could always tell an old-time goalie from their impressive collective of facial scars.

One day during practice, Cheevers took just such a shot off his new mask.  While Cheevers was a Hall of Fame goalie, he wasn’t exactly known for his work ethic.  After he took that blast, he was sent to locker room to be checked out by the team doctor.  After that, Cheevers was in no hurry to get back on the practice rink…after all, he wasn’t going to waste a good reason to skip practice.  When Bruins head coach Harry Sinden started to miss Cheevers on the ice, he went into the locker room to discover Cheevers nursing himself back to health as only old-time jocks could do…with a cigarette and a beer.

To say that Sinden was annoyed at the sight of his not-injured and medically-cleared star goalie sipping on a Budweiser and puffing a Marlboro during a team practice…well, “annoyed” would be putting it politely.  Saying Sinden was “nuclear-powered pissed-off” would be closer to correct.

After what can only be imagined as one of the great profanity-filled tirades of all time; there were no recording devices present and Sinden was legendary for both his temper and the artful use of words starting with the letter “f,” Cheevers returned to the team practice.  But he didn’t take his mask with him.

By leaving his face-saving mask unattended, Cheevers left the door open for quite possibly the most famous prank in sports history.  This was when the team’s trainer John “Frosty” Forristall painted a stitch mark on Cheevers’ mask.  The next time Cheevers wore it, the stitch mark drew such howls of laughter that any time Cheevers took another blow to the face, a stitch mark was added.

Thus, the legend of the mask was born.

Cheevers claimed the mask spared him from over 150 stitches during his career. Not only that, while the style may have changed, today it is unheard of to see a goalie without custom-decorated headgear.

If only Gerry Cheevers had a secret twin…

Sometimes the term “saving face” is more than just about pride.

5 comments on “Sports Analogies Hidden In Classic Movies – Volume 48: “The Man In The Iron Mask””