The XFL: Stuff You Need To Know

In what is becoming a tradition, for second straight year the week after the Super Bowl brings us the launch of a new football league. This time, it’s Vince McMahon’s re-boot of the XFL. Let’s be honest, most football fans like myself are going to give this league at least a “curiosity glance.” I’m not here to make promises this league will grab your long-term fandom; I was all in on the Alliance of American Football (AAF). Rather, I’m here to give you a bit of “here’s what to look for” when you take your “curiosity peek.”

The XFL Teams (in alphabetical order)

Bob Stoops built his reputation at Oklahoma fielding teams with “quick-strike” passing philosophies. That’s why Oklahoma produced such offensive coordinators like Mike Leach and Lincoln Riley. While Hal Mumme is not as well-known as those two, he’s every bit the “air-raid” style coordinator. Coupled with the reunion of former Sooner quarterback Landry Jones (who may or may not be hurt), look for the Renegades to score points on a “Texas-sized” scale. 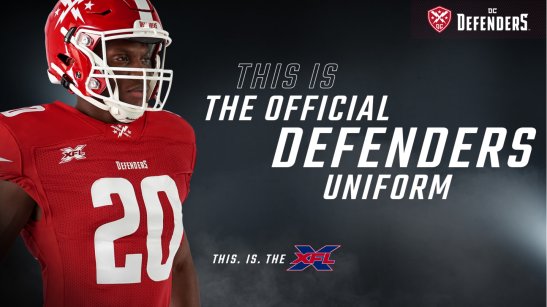 Here’s another example of a coaching staff being built around having a passing-driven offense. Pep Hamilton is another head coach known for a proclivity for the passing game. He’s probably best known for being the offensive coordinator of the Indianapolis Colts with quarterback Andrew Luck. The trouble here is Cardale Jones is no Andrew Luck. To be fair, the Defenders do have a damn good cast of supporting players around Jones, but how many Ohio State quarterbacks have amounted to anything in the last twenty years?

June Jones is another guy with a serious passing pedigree; having been an NFL quarterback and Atlanta Falcons offensive coordinator and head coach in the 1990s. He also built a record-setting vertical passing game at the University of Hawaii. The problem is Houston is thin on talent to go along with what promises to be an offense intended to throw the ball…a lot. 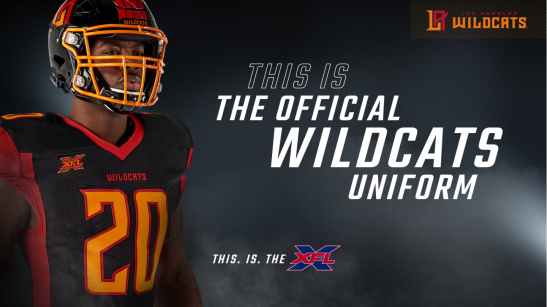 The Wildcats’ offense will be run by offensive coordinator Norm Chow, who is known for how he features his quarterback. Chow led Carson Palmer and Matt Leinart to Heisman trophies at Southern California. Before that he spent 27 years as an assistant on BYU’s staff during a run of success that featured quarterbacks Jim McMahon, Steve Young, and Ty Detmer. But with this team, and with Josh Johnson as his quarterback, look for Chow’s offense to resemble his Steve McNair-ed squad in Tennessee.

This team easily has the greatest depth at quarterback, but there’s no telling who the starter may be. McGloin has the NFL experience, but Perez was the “I learned to play QB from YouTube” sensation from the AAF last year. Either way, this will be a Kevin Gilbride offense which will be somewhat balanced judging by what seems to be the XFL standard, but still will lean toward the ground game.

There is certainly familiarity between the head coach and his offensive coordinator Chuck Long; they played together at the University of Iowa under legendary coach Hayden Fry. They also coached together as part of Bob Stoops’ staff at Oklahoma. Couple that with the fact Long was a quarterback and Hayes was his Hawkeye tight end, you would think the Battlehawks are going to fill the skies with footballs. But this team also has a pair of backs who together have totaled 500 carries in the NFL.  Look for this team to pound the ball between the tackles.

This is a team built with guys happy to work anytime, anywhere.  Head coach Jim Zorn was an NFL quarterbacks coach for 14 years across four teams, and was the Washington Redskins head coach for two seasons. The Dragons made it a point to recruit ex-AAF players. Let be honest, the guys in that league just wanted a shot to platy some football. That’s what made it fun to watch.

But what most people don’t know is that is actually now a federal law that any new league must include the Dragons’ offensive coordinator Mike Riley if he already isn’t under contract somewhere.  He had a job the first time the XFL hosted it’s banner, but now thanks to McMahon’s reboot, Riley can finally include the XFL on his resume.

From the CFL to today’s XFL, Riley has always been a believer in the running game, but he’s also never had a “big-time” quarterback and/or has had top-flight running backs.  This is something he shares with Zorn, and the Dragons are a team targeted AAF players more than any other team.  Those two facts explain why the Dragons feature three running backs (Farrow, Gardner, and Williams) who were among the 14 backs in the AAF who rushed for at least 200 yards. Couple all that with the fact that Brandon Silver is arguably the biggest question mark among XFL quarterbacks, and you can expect the Dragons to be another ground-based attack. 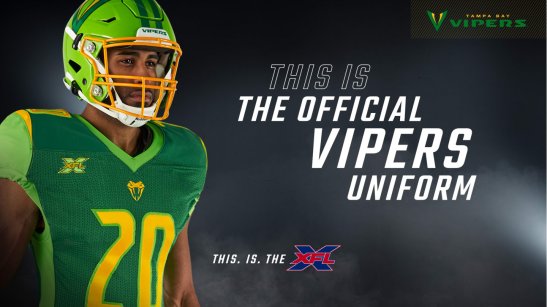 Between his time as an offensive coordinator and head coach in both the NFL and CFL, Trestman’s offense usually features a high-octane passing game which heavily involves running backs catching a lot of balls. This team seems built to reflect that. Aaron Murray showed a ton of promise in his limited time in the AAF. De’Veon Smith is another AAF alum who was the bell-cow of that league’s best offense in Orlando. Look for Quinton Flowers in a similar roles as Taysom Hill plays with the New Orleans Saints.

Rule Changes in the XFL

Something the XFL shares with the dear-departed Alliance of American Football (AAF) is a “got nothing to lose” approach to experimenting with rule changes. Also like the AAF, most of the changes the XFL is implementing in it’s inaugural season center on quickening the pace of play.

The Game and Play Clock

Most notably toward that goal, the XFL has several changes to the way the game is timed. The one which will have the greatest impact is the play clock. The XFL will use a 25-second play clock compared to the 40 seconds allowed by the National Football League (NFL). Another difference is the NFL’s clock starts at the end of each play, whereas the XFL’s clock starts once the ball is spotted for play.

That change fits “hand-in-glove” with the XFL’s running game clock, which unlike the NFL will not stop on incomplete passes or when the ball ends up out-of-bounds; again the idea is cutting down on the amount of “dead time” contained in games. The exception comes in the last two minutes of each half. The XFL is calling this the “comeback period,” where the clock rules change to allow trailing teams more time for scoring opportunities and denying leading teams the ability to run out the clock. This will be done by stopping the clock on incomplete passes and out-of-bounds plays, and on plays that end in the field of play, the game clock will be stopped until the ball has been spotted and 5 seconds have run off of the play clock.

Another change designed to reduce “dead time” is each team will have only two time-outs per half rather than three.

In the case of a turnover on a conversion attempt, if the defense returns the ball for a score, they receive the same number of points the offense was attempting to score.

The XFL is also taking steps to both simplify and energize the passing game. This league is adopting the college rule stating a receiver only needs to get one foot in bounds for a completion. Another wrinkle a league filled with pass-happy coaches is the allowing of two forward passes on one offensive play. If a team completes a forward pass behind the line of scrimmage, a second forward pass may be attempted so long as the ball has not yet crossed the line of scrimmage.

Despite all that, the XFL’s most radical set of rule changes concern overtime. These are changes designed to eliminate the two constant beefs against the NFL’s current overtime system; one team can win without the other ever getting the football, and it can still end in a tie.

In the XFL, overtime will consist of five rounds made up of alternating single-play possessions somewhat like the penalty kicks in soccer or the NHL shoot-outs. Each one-play possession starts at the opponent’s 5-yard line, and the team with the higher point total after the five rounds is the winner. However, if one team is mathematically eliminated early, for example if one team scores on the first three plays and holds the opponent scoreless, then the overtime ends with the leading team being declared a winner. If the score remains tied after completion of the fifth round, XFL overtime then shifts to “sudden death” mode; the winner being decided by having a leader after a completed round.

For the complete list of rule changes in the XFL, go here…

NFL fans will recognize a great deal of the coaches. College football fans should recognize a significant number of the players. The question is will this marriage of familiar faces to a range of rule changes be the formula to get this latest attempt at spring football to a survivable status?

The process of discovery begins today at 2 p.m. ET on ABC. Check you local listings…because you know you’re like me…you’re at least curious.

2 comments on “The XFL: Stuff You Need To Know”

This entry was posted on February 8, 2020 by J-Dub in NFL, Sports and tagged XFL.