Why The Olympics Creep Me Out

Actually, there’s a whole host of reasons, but the one that really has me bugged today – Why are there so many creepy doppelgängers in Vancouver? 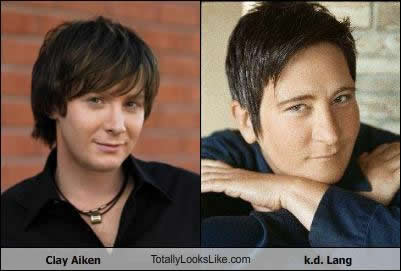 Start with the opening ceremony. I think we all know K.D. Lang is a lesbian, but who knew Clay Aiken is one too?

Then, there’s this guy.

First, they’ve got him out in some flash-frozen chunk of desolation Canada needlessly bothering polar bears. Then, they have him hosting the late-night coverage so we can watch him get a bit excited over some of those curling babes. Next thing you know, they’ll have a movie about a puckhead playing the Tooth Fairy.

Speaking of puckheads, I had no idea they could be funny and play net for Canada. Now think I think of it, shouldn’t Borat be playing for Kazakhstan?

The snowboarders have their own movie star as well, and it isn’t even from one of those Cheech and Chong toke-fests. Although, perhaps had they been smoking a little reefer in that cornfield, Malachi would have mellowed out a bit.

Forget about doppelgängers for a moment. I’ve always been convinced that Wayne Gretzky and Meryl Streep are actually the same person. Have you ever seen them in the same place at the same time? 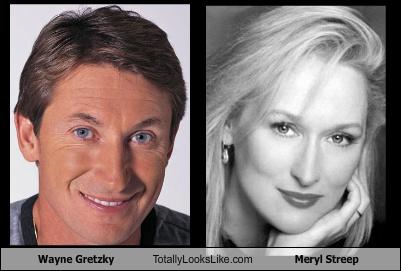 Seriously, this could be one of those “before and after” ads, or if “The Great One” went to Glamor Shots.