Coaches’ Death Watch Update: Is It “Blindfold and Last Cigarette” Time In Minnesota? 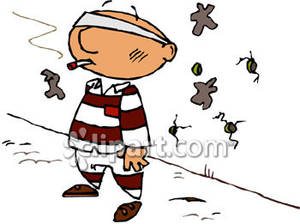 Is this the end for Tim Brewster?

USA Today is quoting the Minneapolis ESPN Radio affiliate who has reported that Minnesota head coach Tim Brewster will be fired if the Golden Gophers lose at Purdue today.

1500 ESPN reported that the Minnesota football coach would be fired if the Golden Gophers lose to Purdue on Saturday for the team’s sixth straight defeat, but be given the choice of stepping down immediately or finishing out the season.

Brewster’s contract buyout doubles if he remains through the end of the season. Meanwhile, Minnesota athletics director Joel Maturi stayed mum on the status of his football coach.

Well, the Gophers lost…while the score wasn’t that bad (28-17), it was obvious early the Gophers didn’t have a realistic chance to win. Purdue quarterback Rob “mini-Tebow” Henry gashed the Gophers for three rushing touchdowns while Minnesota found all sorts of ways to shoot themselves in the foot.

So, now we wait to see if Brewster becomes this season’s first casualty of the carnage known as coaching college football.

THE “TWIST OF LIME” IN THIS STORY: 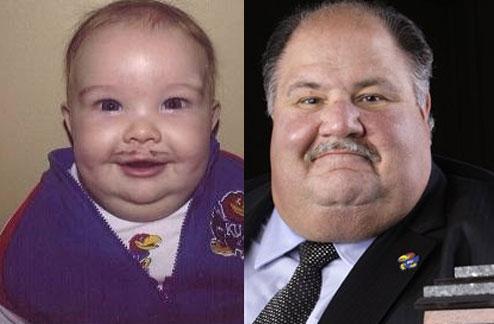 Baby Mangino as a Gopher?

If you are planning to gas your coach mid-season, makes sense that you would have a plan for putting another coach into the top job, right? Could this mean Mark “Baby” Mangino might be making a return to the coaching ranks? Earlier this year, Minnesota had to deny rumors that he had already been hired as a “consultant,” and he was been spotted on the Gopher sideline during the USC game.  I’m just sayin’…

UPDATE 10/17/10 : Fox 9 News In Minneapolis is reporting that it is official; Tim Brewster has been fired. Minnesota has made offensive coordinator Jeff Horton the interim head coach for the remainder of the season.

Stay tuned, as we here at Dubsism think there is much more the the “Mangino to Minnesota” rumor than anybody is admitting.

3 comments on “Coaches’ Death Watch Update: Is It “Blindfold and Last Cigarette” Time In Minnesota?”