Famous Sports Rivalries In Which I Hate Both Sides

The sporting world is full of rivalries which engender so much passion there are clear battle lines drawn between the camps. But what happens to those of us who may feel animus toward both sides? Here’s a list of several such examples that make the collective colon here at Dubsism slam shut like a steel bear trap. 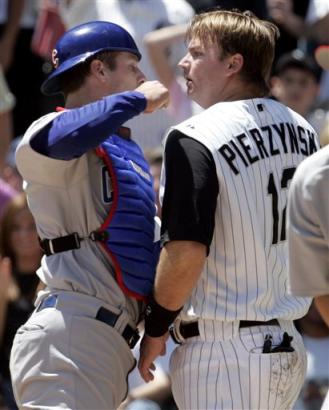 It is almost impossible to find two teams that exemplify their shit-hole of a city more. Where better to put the two retarded little brothers of baseball who while steeped in history have accounted for one championship in 90 years than in one of the largest cities in the world that matters the least to anybody?

11) LeBron James vs. the City of Cleveland

Sometimes, you really have to wonder if we have completely succeeded in this country in growing a generation of complete morons we’ve put on pedestals. Nobody in the world would have blamed LeBron James for leaving Cleveland; nobody wants to be in Cleveland.  It’s little more than a “Mini-Me” to Chicago; a rust-belt, blue-collar city that nobody wants to be in; Cleveland’s population has been dropping steadily for 80 years. All he had to do was not be a douche-bag about it.  It really leaves you in a situation where you can’t figure out who is dumber, LeBron for screwing up a move millions of Clevelanders have made themselves or those same Clevelanders for managing collectively to sound like a bitter ex-wife.

Hate is actually too strong a term for this. The problem is the “Rhett Butler” approach is too weak, but it is closer to accurate.  Let’s face it;  I don’t really give a damn. I spent big chunks of my childhood in Southern California, which isn’t exactly where you develop strong feelings about Canadian hockey teams, and even though I loved the old-school Los Angeles Kings (seriously, we are talking about the pre-Gretzky Kings with the purple and gold uniforms that clothed an NHL retirement home; the Kings of my childhood featured such past-their-prime legends like Butch Goring and Marcel Dionne), you couldn’t watch the 12-team NHL of the 1970’s without knowing these two teams hated each other.  All I cared about in those days is that both of these teams arrived at the L.A. Forum with a boatload of Canadians who weren’t past their prime and put as ass-whipping on the Kings.  Even to this day, all I can say is “screw both of them; Canada sucks.”

For those of you not familiar with the English Premier League, picture this rivalry with the Red Devils of Manchester United as the New York Yankees with Manchester City as the old Brooklyn Dodgers. You perhaps didn’t really like the Dodgers, but they made a perfect underdog foil to those goddamn Yankees. But then the Dodgers went Hollywood, started winning and blew their lovability in the process, much like the Los Angeles Dodgers. 15 years ago, Man City was lovable in their feebleness, but then new ownership pumped that team full of money, and now they are every bit as douche-tastic as their cross-town rivals.

As a Philadelphia Eagle fan, this one is really a no-brainer. There’s an old saying that culture in an organization comes from the top down, and Jerry Jones and Daniel Snyder are a marvelous reflection of that. While we here at Dubsism have postulated that Al Davis makes the Oakland Raiders the “North Korea of the NFL,” Jones and Snyder are both in line to ascend to the NFL’s “Crazy Old Man Owner” throne. Thankfully, their leadership (or lack thereof) has made these two franchises combine for a grand total of three playoff wins in the past 15 years. 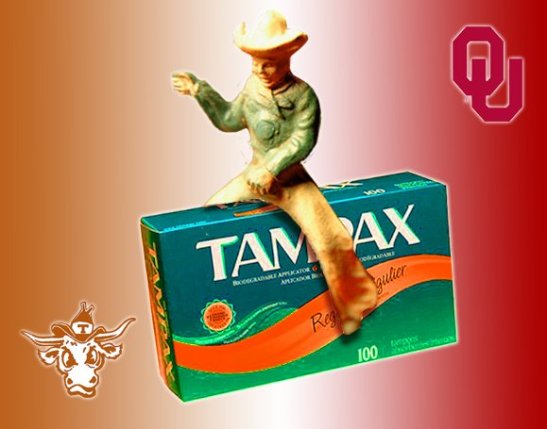 The way these two preen over that silly Saturday in October…well, it really is sad to think either of these two believe anybody gives a shit about them or their “make-believe” rivalry.  It’s really sad that a couple of goofy-ass schools like Nebraska and Colorado are the ones who figured out the Big 12 is a repository for football nobody cares about. 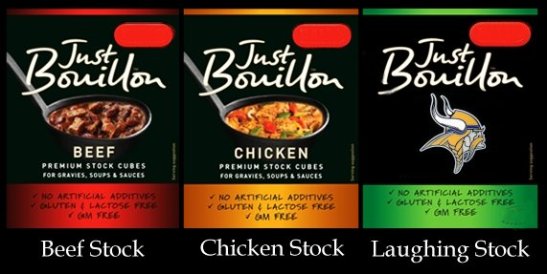 More from the English Premier League, so I will make another baseball reference…Earlier I compared Manchester United to the Yankees. Continuing on this theme, Arsenal would be the Red Sox and Chelsea would be the Mets, only if the Mets didn’t suck. They are two of the biggest clubs in the league, and they can buy pretty much any player they want. Whenever these two get together, it is an exercise in dysfunction that somehow manages to be successful, like a photo negative of the Dallas Cowboys. 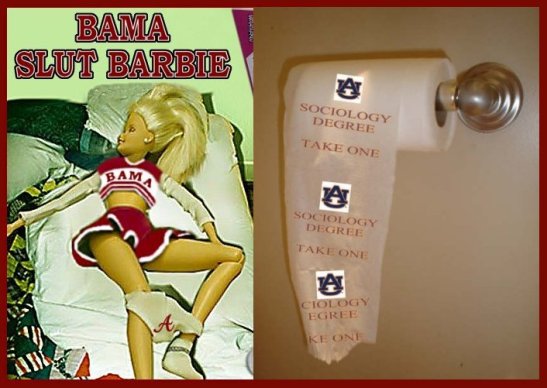 When these two compete in the annual “Iron Bowl,” they are battling for the bragging right for the entire state of Alabama. This is like two bums fighting over the least piss-stained raincoat at Goodwill. Do you know what the best thing that ever came out of the state of Alabama was? An empty bus.  Alabama is just a collection of bimbos whose boyfriends still think Bear Bryant is alive, and Auburn thinks it is a real university.

What can we say about Duke that we haven’t said before? No matter their record, no matter their talent, no matter anything, Duke sucks.  As much as we have beat on Mike Krzyzewski for being a pompous ass-hat, North Carolina’s Roy Williams is in the same league, and not just figuratively. My favorite was last spring when Williams compared having a losing ACC record to the earthquake in Haiti.

“Our massage therapist told me, ‘You know, coach, what happened in Haiti is a catastrophe. What you’re having is a disappointment,’ ” said Williams. “I told her that depends on what chair you’re sitting in. It does feel like a catastrophe to me, because it is my life.”

I’m not sure what the state of North Carolina did to deserve such a pair of pure, uncut assholes, but better them than the rest of us.

The Yankees – Red Sox rivalry is one of the oldest, most famous and fiercest rivalries in North American professional sports.  For over 100 years, Major League Baseball’s Boston Red Sox and New York Yankees of the American League have been intense rivals.  For nearly as long, fans of both teams have thoroughly annoyed the living shit out of the rest of us.

The rivalry is sometimes so polarizing that it is often a heated subject, like religion or politics, in the Northeastern United States.  In fact, since ESPN is also based in the Northeastern US, they believe the Yankees and the Red Sox are the only two teams in Major League Baseball, judging by their broadcast schedule. 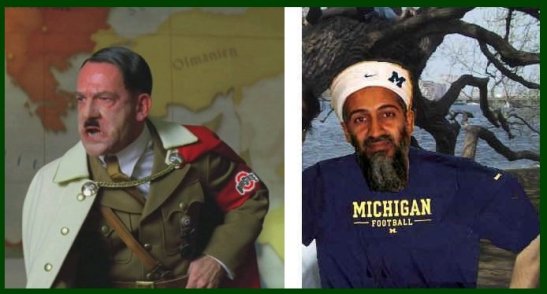 College football gives us the twelve greatest Saturdays of the year, and it also give us the two greatest evils in sports. Ohio State and Michigan both represent all that is wrong with college football, and every evil that it contains.  Recent events have shown that Jim Tressel, a.k.a. Cheatypants McSweatervest is a disingenuous, lying prick, and the Michigan fan base just hasn’t come to terms with the fact they are not an elite program anymore. I can only hope and pray that the NCAA grows the balls to make an example out of Ohio State, but they likely won’t, and I hope it takes Michigan at least three more head coaches before they figure out that “elite” programs don’t get man-handled by Purdue.