Guest Column: Jim Rockford on the Power of Delusion in the NCAA 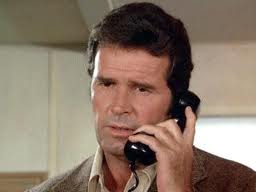 Editor’s Note: Mr. Rockford is a private detective based in Malibu, California. We here at Dubsism have retained Mr. Rockford at his standard rate of two hundred dollars a day plus expenses to investigate matters of crime and other general shadiness in the world of sports, then report back to us when needed. If you would like to contact Mr. Rockford, at the tone, leave your name and number and he’ll get back to you.

If there’s one thing I’ve learned in all my years of being a private investigator is that the more money is involved on something, the weirder it can get.  One of the things that helps that stuff get about a 9.6 on the weird-o-meter is the power of delusion. You would be amazed the lengths people will go to avoid facing up to an unpleasant truth. Then again, if they didn’t do it, I’d be out of a job.

Right now, there is no better place to see money fueling a forest fire of delusion than the NCAA. You could call it one of those  “All You Can Eat” buffets of delusion, because there’s more delusion than any one man can eat, except in this case because all of it is so hard to swallow.

To see it in action, all you have to is look at this game of musical chairs they’ve been playing with conference alignments. First, ask yourself why is this game getting played in the first place? Nobody just starts breaking contractual arrangements just for fun. In other words, everybody playing this game thinks they are trading up somehow.

What would be the motivation to do that? I can’t think of a better one than money, can you?

I have another rule about these things. Whenever a guy spends a lot of time telling me something isn’t what it seems, that’s probably EXACTLY what it is.  This is the part where NCAA president Mark Emmert trips my trigger.  Everytime somebody asks this guy about realignment, he gives off a lot of squawk about how he is concerned about the perception that money is driving the decisions while he urges school presidents to consider factors besides revenue when choosing conference affiliation.

It doesn’t take long to figure out what a load of hot air that is, especially when you consider how much table-pounding Emmert does on the subject of the NCAA not being “professional sports leagues” and the NCAA is “not a business.” The worst part of that line of bull is that  not only does it contain the completely unbelievable assertion that college sports can be about anything but money, but he’s setting the stage for an argument designed to make me believe that HE believes that.

Take a run at it this way…the message Emmert keeps pumping out is that while this isn’t about money, at the same time nobody wants to give up a potentially big payday, and to go back to the “musical chairs” analogy,  nobody wants to be the last one standing when the music stops playing.

That’s brings us to thing number three that makes the hair on the back of my neck stand up about this whole thing: People who try to have their cake and eat it too. Not only is this guy all to happy to cash the checks while pretending he wouldn’t dirty his hands with money, but he’s got a track record of doing exactly the same thing.

Before leaving the University of Washington to take the NCAA gig in October 2010, Emmert participated in the same sort of discussion with his Pac-10 colleagues.  At that time, Emmert was all about adding Colorado and Utah to the conference, which allowed it to have a conference championship game, which is as we know now a revenue generator.  Then, Emmert saw nothing wrong with generating more revenue.

Now that he is the head of what is undoubtedly a huge for-profit enterprise (I’ll come back to that later), Emmert’s tune has changed. The following quote says it best.

“We shouldn’t say money isn’t important. It is very important to fund intercollegiate athletics because universities can no longer afford to take money out of their regular budgets to subsidize sports. Money’s not evil. It’s what you do with the money that’s evil.”

Do you see why I think this guy is a giant bag of gas in a three-piece suit? What he’s saying is “it isn’t about money, but we are going to make an oil tanker full of it, but that’s not a bad thing, even if it isn’t about money.”

But for anybody who wants you to believe college sports is not a big businesses, consider the following facts:

Now, I may be jus a P.I. living in a trailer, but even I know that smells like a big business to me. To think otherwise is just pure delusion.

Dubsism is a proud member of the Sports Blog Movement

10 comments on “Guest Column: Jim Rockford on the Power of Delusion in the NCAA”