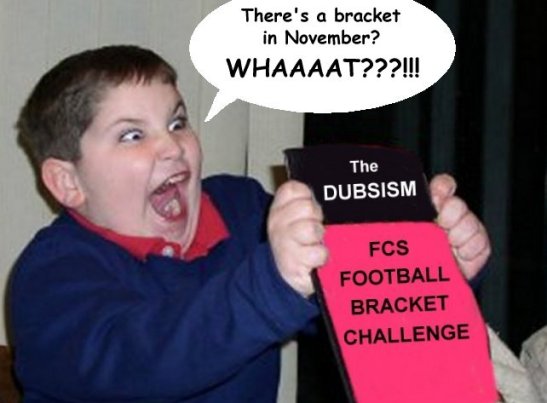 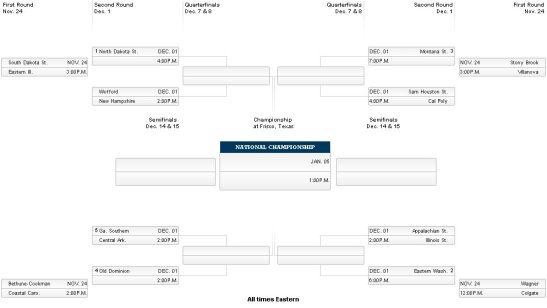 Are you ready for some football you probably don’t know that much about? If so, jump on the Dubsism NCAA FCS Football Pick ‘Em Challenge. There’s a printable version of the bracket available here.

Here’s how it works: First, you pick the winners for each round of games. Pick the winners of the first round in the comments section below.  Include scores to be used as a tie-breaker.

Then, pick the four teams you think will be in the final four, along with a national champion.

Each week, once the next round match-ups are known, there will be another round of game picks to make.

Show some guts and see how badly you can beat the worst bracket guy in the history of brackets.