Radio J-Dub, Volume 14 – Just What Are We To Make of the Chicago Cubs? 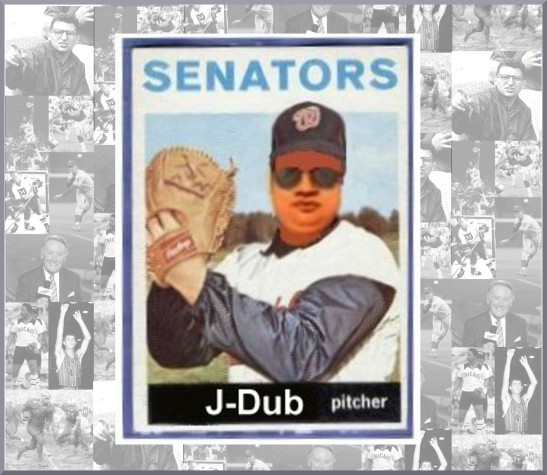 “Jason from Indiana” makes another guest appearance; this time to answer J-Dub’s questions about the Chicago Cubs.  Are they a play-off contender now? Should they be buyers or sellers at the trade deadline? Those are only a few of the question we cover in this episode.  There’s also a bonus discussion about the designated hitter rule.

You can listen, subscribe, or download the podcast here, and it can also be found on most I-phone, Android, and Windows Phone podcast apps simply by searching “Radio JDub.”  You can also follow “Jason from Indiana” on Twitter @jbhickle.

BONUS: Jason asked a question during the podcast to which neither he or J-Dub knew the answer:  So, here it is (from MLB.com).  The bolded parts pertains to the question “Does the designated hitter have to hit for the pitcher?”

6.10 Any League may elect to use the Designated Hitter Rule.

(b) The Rule provides as follows:
A hitter may be designated to bat for the starting pitcher and all subsequent pitchers in any game without otherwise affecting the status of the pitcher(s) in the game. A Designated Hitter for the pitcher must be selected prior to the game and must be included in the lineup cards presented to the Umpire in Chief.  The designated hitter named in the starting lineup must come to bat at least one time, unless the opposing club changes pitchers.

Once the game pitcher is switched from the mound to a defensive position this move shall terminate the Designated Hitter role for the remainder of the game.

Once a pinch hitter bats for any player in the batting order and then enters the game to pitch, this move shall terminate the Designated Hitter role for the remainder of the game.

So…yes, the designated hitter must hit for only the pitcher.