Dubsism contributor Ryan Meehan nails another foray into the world of stand-up comedy. 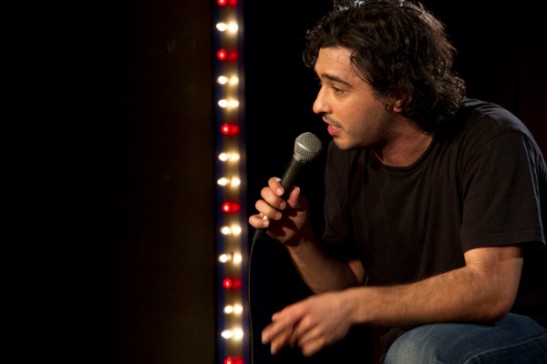 The high energy, take-no-prisoners comedy of Alex Pavone is not to be missed. An honest storyteller, Alex uses his Italian background and tales of colorful acquaintances to weave a laugh-filled web of comic excitement. Born and raised in Woodbridge, Ontario, Pavone has been making crowds laugh since 2007. Recently, Alex opened for MADtv’s, Bobby Lee, was a comedy panelist on MTV’s “Cocktales”, and was featured on the best-selling Yuk-Yuk’s audiobook ‘Road Warriors and Rarities’. While Pavone’s stage act needs to be seen to be believed, his is definitely a star on the rise. He’ll be performing the 8 and 10PM shows this upcoming Friday night (May 6th) at The Standing Room and the midnight shows at The Stand NYC Friday and Saturday, but he was kind enough to take some time out of his busy week to be our guest today in 10 questions.

This entry was posted on May 9, 2016 by J-Dub in Humor and tagged 7 Questions, Guest Columns, Ryan Meehan.