Think You’re a Chicago Cubs Fan? Here’s a Test to Prove It 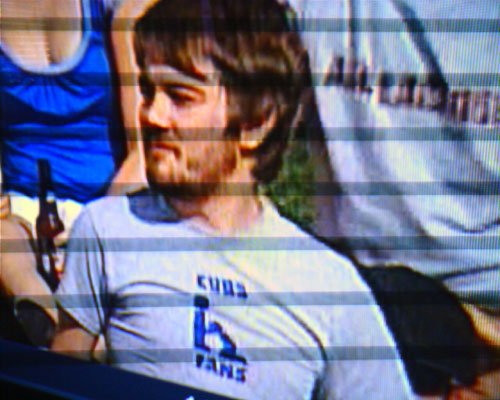 Now that the Chicago Cubs are a sexy pick to win the World Series, their fan base has swelled with the ranks of the ever-present “band-wagon jumpers.” One of my best definitions for such a fan is somebody who claims to be a “life-long” fan, and yet they know nothing about the team’s history. You know the type; the New England Patriots’ fans who can’t tell you who the starting quarterback was before Tom Brady, the Cleveland Cavalier fan who never heard of Mark Price, or the new Los Angeles Rams fan who has no idea who Fred Dryer was.

There was a time when I created a quiz in order to separate “life-long” Patriots fans from the honest-to-goodness ones. Sadly, it has become clear that just such a test in now needed for the Chicago Cubs.

Don’t bother being that guy who web-searches the answers and sends them to us; this is more about being asked to produce answers on demand because honest-to-goodness Cub fans would know a passing score of these without consulting an electronic device. Precisely because people can “cheat” by insta-searching the internet, be aware that some of these may be “trick” questions, may have multiple acceptable answers, or are “essay” questions. Questions are of varying value based on difficulty and level of fandom needed to know the answer.

There’s 336 total points available in these questions (not including the tiebreakers), a number in honor of Riggs Stephenson’s career .336 batting average; the highest for anybody with at least 3500 plate appearances in a Cub uniform.

So, there’s a few ways to play here. You can score yourself at home, and if that makes you feel comfortable in your level of Cub fandom, then our work here is done.

Or, you can send your answers to Dubsism@yahoo.com and get your official Dubsism grade. The reason you’ll want to do that is two-fold. First, just because you have an answer for our essay questions doesn’t mean you have a good answer, and we reserve the right to grade you accordingly. Not to mention, the person with the highest scores who sends us their answers will get them published and we’ll send you an official certificate proclaiming your status as the most knowledge Cubs fans amongst your fellow Dubsists. Keep in mind that if you web-search the answers, we’re going to know, and we will heap scorn and derision upon you.

For those of you scoring at home, congratulations! (rimshot) But seriously, folks…the grading system works like this:

There you have it, so-called Cubs fans.  This is like the scene in the old war movies where Germans wearing American uniforms are infiltrating behind the lines.  They aren’t really Cubs fans, they are just pretending to be for a short-term purposes. Since the Cubs don’t suck now, the “band-wagon jumpers and pink hats” are everywhere, which means the real, long-suffering Cubs fans need to prove themselves.

Much like the cliché in those old war movies, we are just asking the suspicious guy who doesn’t know the password to prove who he is by telling us who won the World Series in 1936.  We also made it more difficult than just saying “Yankees.”

In other words, you can call yourself a Cubs fan all you want.  After all, we now live in a country where self-identification matters.  But if you want others to recognize you as the real deal, it’s time to take the test.

This entry was posted on July 23, 2016 by J-Dub in Baseball, Sports and tagged Baseball, Chicago Cubs.