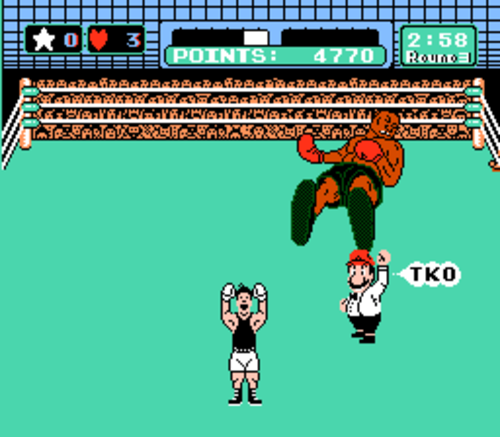 EDITOR’S NOTE: Boyd Bergquist was the sports director at KETS-TV in East Tree Stump, Nebraska for almost 40 years.  Known across the Husker state as the voice of the Boy’s High School Basketball Tournament, Bergquist was a four-time winner of the Marv Butz “Golden Cob” Award For Excellence In Nebraska Broadcast Journalism.  That background, along with his quick if not cliché-riddled wit and love of single-malt scotch makes Bergquist a perfect fit to be our “Question” guy.

Hey, sports fans…Boyd Bergquist here.  College football season is right around the corner. J-Dub calls time of year the “Twelve Greatest Saturdays of the Year.” He’s a big man who is big into college game which is why this guy has an interesting thing with determining who the College Football Champion is…it’s a boxing thing.  You’re the champ until somebody beats you.  I love that.

Anyway, J-Dub thought having me introduce this season’s series of college football heavyweight title fights might be a good way of introducing me as the new “Ask” guy here on Dubsism.  That’s because I covered the Marine Boxing championships back in my days in the Navy Signal Corps.  Those jarheads loved to beat the bejeezus out of each other, and that’s when I learned the best way to tell a winner.

It almost always isn’t the guy flat on his back with blood running out of his ears.

But another great thing about boxing is that everybody has a “puncher’s chance.” That’s exactly what happened in the last regular-season game in 2017.  Pittsburgh has the belt because they belted Miami (FL) right in the yap. The Hurricanes had the title because they took it from “lucky puncher” Syracuse. When the title changes hands is when we publish the updated list of every championship bout since the very beginning.

The Panthers first defense of this title will be when Penn State comes to Heinz field on Saturday, September 8th; the their opener against Albany is a non-title fight as the Great Danes are a FCS team.

So, here’s the deal.  Pittsburgh will hold the belt until the clock hits :00, then its going to be on a bus headed for State College. And when that happens, I’m going to be right there getting me a big dish of ice cream at the Berkey Creamery.  That stuff will kill you, but brother…what a way to go.

One comment on “Ask A 70’s TV Sports Anchor: How Long Can The Pittsburgh Panthers Defend The Dubsism College Football Heavyweight Title?”