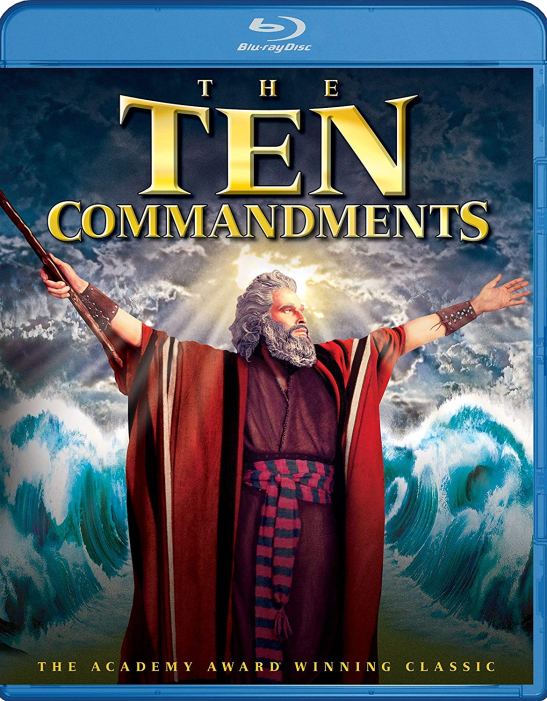 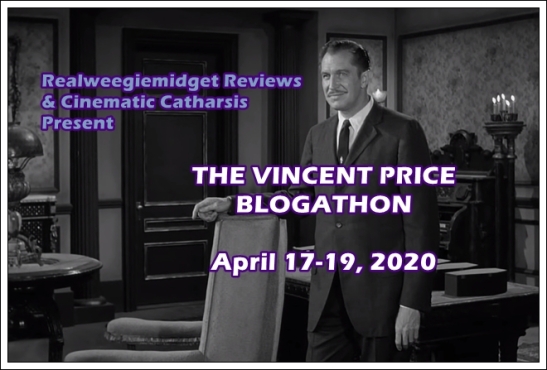 NOTE: This installment of Sports Analogies Hidden In Classic Movies is being done as part of something called the The Vincent Price Blog-A-Thon being hosted by RealWeegieMidget Reviews and Cinematic Catharsis. I know I’m a tad early posting this contribution to this event, but how can I not put this up on Easter Sunday?

You can see all the contributions to this blog-a-thon here:

Rameses (played by Yul Brynner) is every bit the paranoid despot like so many before and after him.  Once he hears about the Hebrew “Deliverer” who is going to wreak all sorts of havoc on Egypt, he orders the murder of all newborn Hebrew males.  A Hebrew woman named Yochabel (played by Martha Scott) saves her infant son by setting him adrift in a basket on the Nile. The child is found and adopted by the Pharaoh’s recently widowed daughter Bithiah (played by Nina Foch) who names the child Moses.  However, Bithiah’s servant Memnet (played by Judith Anderson) knows that the newly-named Moses is Hebrew. 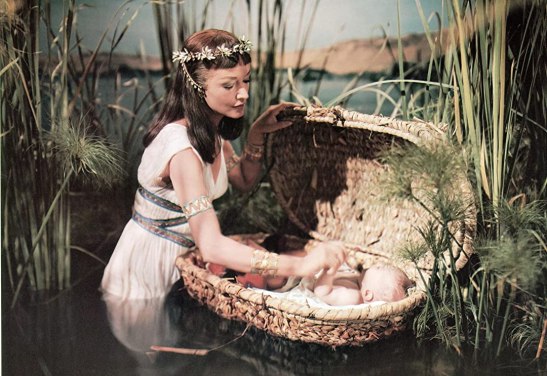 Moses’ true identity stays under wraps as he grows up to become a a successful general and statesman, defeating the Ethiopians in a war, then establishing an alliance with them. But the first foreshadowing of trouble to come is when Moses and Nefretiri (played by Anne Baxter) fall in love; the trouble being she is betrothed to whomever becomes the next pharoah. Things get even more dicey when while building a city in celebration of Pharaoh Sethi’s jubilee, Moses meets the stone-cutter Joshua, who tells him of the Hebrew God.

Later, Moses saves an elderly woman from being crushed by a construction stone not knowing she is his mother Yochabel.  Moses then reprimands the taskmaster and overseer of the slaves Baka the Builder (played by Vincent Price). As a result of this incident, Moses enacts a reformation in terms of the treatment of the slaves, which arouses Rameses’ suspicions about his adoptive brother Moses, whom he accuses of planning an insurrection. Moses denies this claiming his approach to the slaves makes them more productive, but this only fuels Rameses’ suspicion; he begins to wonder if Moses is the “Deliverer.”

Things get even more complicated when Memnet tells Nefretiri about Moses’ true lineage.  To keep the lid on the story, she kills Memnet, but doesn’t tell Moses about any of this until he discovers the piece of Levite cloth he was wrapped in as a baby.  After this discovery, Moses travels with Bithiah to Yochabel’s house where he meets his mother, brother Aaron (played by John Carradine), and sister Miriam (played by Olive Deering).

Moses then embarks on a journey of discovery by working with the slaves, and Nefretiri urges him to return to the palace so he may help his people when he becomes pharaoh.  But in the meantime, Baka is in the process killing Joshua, but Moses saves him by killing Baka, after which he admits to Joshua he is also a Hebrew. The confession is witnessed by another overseer Dathan (played by Edward G. Robinson) who promptly rats out Moses to Rameses.  As one would expect, Rameses has Moses arrested immediately.  Moses insists he is not the “Deliverer,” but also adamantly states he would free the slaves if he could. At this point, Pharoah Sethi had heard enough; “Deliverer” or not, Moses is banished to the desert.  This leaves Rameses as the sole heir to the throne of Egypt.

Unfortunately, the 11th Commandment was not “snitches get stitches.”

Wandering the desert, Moses comes across a well in Midian. Here he meets a Bedouin sheik Jethro (played by Eduard Franz).  Moses marries eldest daughter Sephora (played by Yvonne DeCarlo). Moses also discovers Joshua has escaped Egypt by coming to Midian.  But the big plot twist comes when Moses sees the burning bush on the summit of Mount Sinai and hears the voice of God. This is point where a guy who swore he wasn’t the “Deliverer” starts looking and acting just like it; Moses returns to Egypt to free the Hebrews.

Rameses is now the pharoah, and Moses comes before to win the slaves’ freedom; his first trick is turning his staff into a cobra.  Rameses refusal to free the Hebrews and his prohibition of their having straw with which to build bricks result in Egypt having a series of plagues visited upon it.  Moses turns the river Nile to blood at the festival of Khnum and brings burning hail down upon Pharaoh’s palace.  Moses warns Rameses the next plague to fall upon Egypt will be summoned by Pharaoh himself.  In revenge, Rameses again orders the murder of all first-born Hebrews, but a cloud of death instead kills all the Egyptian firstborn, including that of Rameses and Nefretiri.

In a fit of rage, Pharaoh exiles the Hebrews from Egypt, thus beginning the Exodus.  But for a host of reasons, Rameses decides to pursue the fleeing Hebrews. At the edge of the Red Sea, Moses stops the Egyptian army with a pillar of fire, then parts the water allowing the Hebrews to escape.  Once the Hebrews have made it to safety, Moses releases the walls of water drowning the Egyptians.  A thoroughly defeated Rameses returns empty-handed to Nefretiri being forced to admit Moses’s god is the true God. 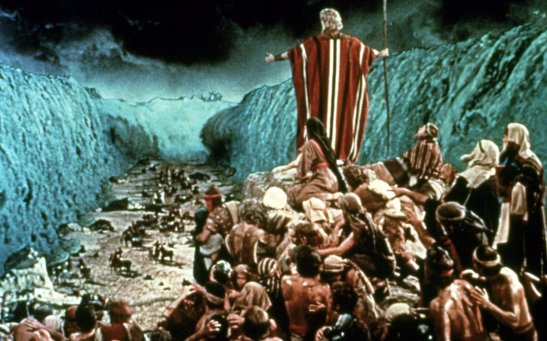 You might think lately that my sports analogies have leaned heavily toward general managers in the National Football League, and you’d be right.  The recent streak started as the tale of two GMs and the decision which will forever link them; the last installment focused more on one of them. This one focuses on the other.

While Vincent Price’s “Baka” wasn’t exactly a nice guy, he was a master builder, which is why he was hand-picked by the pharoah. One can safely assume Bill Polian never tried to beat anybody to death, but he was no less a hand-picked master builder. 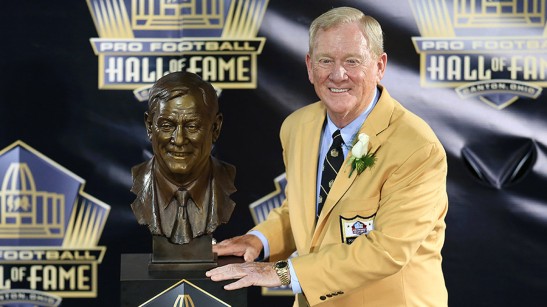 It didn’t take long for Bill Polian to start earning a reputation as “the great builder.” Polian only had one job in professional football before earning his way to being named personnel director for the Chicago Blitz of the fledgling United States Football league in 1983. In only one season, Polian earned enough credibility to be hired by the Buffalo Bills.  By 1985, when the Bills promoted Polian to general manager, the Bills had suffered back-to-back 2–14 seasons and fan interest was at an all-time low. By 1990, Polian had put the pieces in place to make the Bills a perennial play-off team; the Polian-built Bills appeared in four straight Super Bowls.

Polian became the general manager of the Carolina Panthers in 1995 where he built a team that went to the NFC Championship Game in only its second year of existence. Polian successful track record caught the eye of Indianapolis Colts’ owner Jim Irsay. In 1997 Robert Irsay, the team’s longtime owner and the man who moved the Colts to Indianapolis, had just died and his son Jim had taken control of the team. The Colts were in rough shape then, having just endured a 3-13 season and hadn’t had a campaign better than 9-7 in over a decade.

To lure Polian from Carolina, Jim Irsay offered Polian the title of General Manager and President of the Indianapolis Colts.  Polian selected soon-to-be Hall-of Famer with his first draft pick in 1998, and the rest is history. During Polian’s tenure in the Circle City, the Indianapolis Colts led the National Football League (NFL) with eight straight playoff appearances, seven consecutive seasons with 12 or more regular-season wins, seven division titles (1999, 2003–07, 2009), made two Super Bowl appearances, winning Super Bowl XLI over the Chicago Bears. From 2000–2009, the Indianapolis Colts set the NFL mark for most wins in a decade with a 115–45 record, and their nine playoff appearances in the decade tied the league’s record set by the Dallas Cowboys in the 1970s. 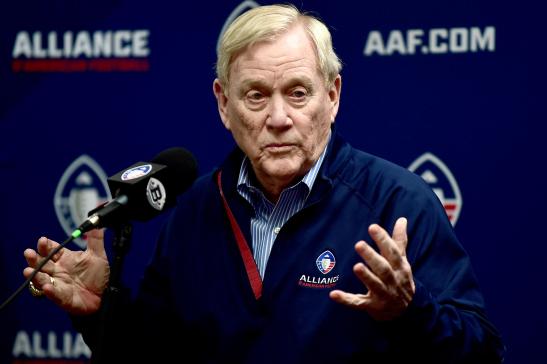 In 2018, Bill Polian was hand-picked by former NBC Sports president Dick Ebersol to help start an entirely new league called the Alliance of American Football. Known for many innovations for the game and how it was broadcast, the football end of the AAF was a major success.  As a sports fan, I found the AAF to be an enjoyable on-field product, but the fact for the most part it couldn’t get its’ games on first-tier cable or network television led the league’s primary investor to pull the plug eight weeks into it’s inaugural season.

He was enshrined in the Pro Football Hall of Fame in 2015 because there really wasn’t a better “from the ground up” builder of football teams than Bill Polian.

While acceptable methods may change, the world will always need people who can build things.