Signs We Are Near The End Of Civilization: Bull Riders Are Now Wearing Virus Masks 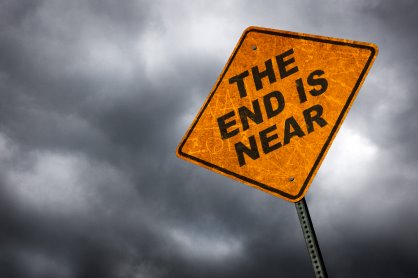 EDITOR’S NOTE:  The Unknown Blogger has made several appearances here at Dubsism, and this won’t be the last.  He has finally agreed to be a regular contributor here even though he left the world of professional sports journalism a few years back vowing never to return.

It’s OK because this blog is anything but professional.

If nothing else, this virus and it resulting shut-down of the entire sports world has led to the discovery of staggering amounts of stupidity.  With no sports, J-Dub and I actually have been reduced to talking to each other about things which aren’t sports.  To be honest, I’ve known the guy for at least twenty years, and there are times that starting a conversation with him is like pounding a nail and you crush your thumb with a hammer.  You started out to do something constructive, then it got painful and left you pissed off.

That’s because nobody can get on a “soap box” like that talking cheeseburger.  Listening to his bullshit is a classic exercise is separating the wheat from the chaff, because occasionally he says something something that isn’t fucking retarded.

We both are lovers of all things sports, and we are both seriously fiending for anything “live-action.” Not too long ago, we discovered there is still horse-racing happening at Oaklawn and Tampa Bay Downs.  So we’ve both been supporting the quarantined economy pumping part of our stimulus checks from Uncle Donny in to the O.T.B.  We were watching ourselves lose money yesterday when J-Dub called to tell me to turn my television to (cable sports channel that’s not getting a free plug).

At first, I can’t figure out why he has had me tune into professional bull riding.  I get we are both desperate for sports that wasn’t recorded in 1997, and this was happening not exactly live, but you could tell it was tape-delayed from very, very recently.  The dead give-away for that was also what I knew what he was about to launch on.  Here was a professional bull-riding event which was supposed to be in Las Vegas, but was moved to somewhere in Oklahoma…in an empty arena and everybody was wearing masks.

At this point, I thought I knew exactly what he was going to say, but he left me with two questions I can’t answer:

Since this event was supposed to be held in Las Vegas, is there a sports-book somewhere out there that handles this? If so, what do you actually bet on?

2) “Why the fuck are these people wearing masks?”

At first, I didn’t understand this question. I thought it was obvious why they would be, it this whole virus thing.  But J-Dub is one of those people who I call “educated into retardation.” What that means is there are people in this world who are jet-screaming geniuses, but when they try to explain something to you, they don’t make any sense to anybody but themselves.

I really thought I was in for one of those moments, especially when he launched into some shit about “risk analysis.” But J-Dub had one of his non-retarded moments when he explained this one. 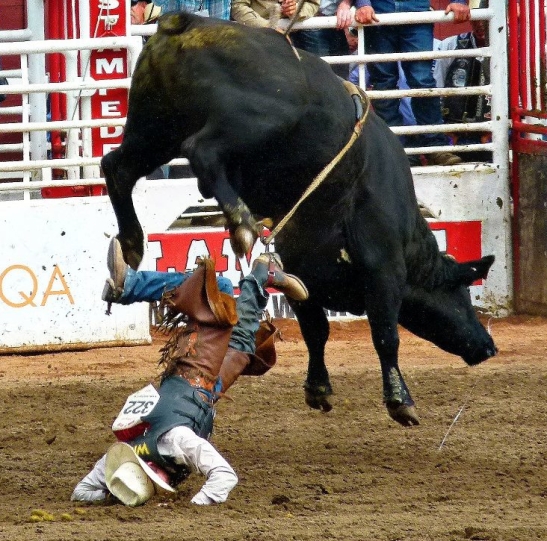 This guy has crippling brain damage and enough shit-laced dirt in his sinuses to start a potato farm, but no virus.

“These people are worried about their health from a virus, and yet they are deliberately antagonizing a vicious 4,000-pound beast that wants nothing more than to kill them. How fucking stupid is that?”

Like I said, when that walking monument to bull-shit known as J-Dub is right…he’s right.  Thankfully, it’s not very often.

You can see all our signs we are near the end of civilization here.

One comment on “Signs We Are Near The End Of Civilization: Bull Riders Are Now Wearing Virus Masks”