Editor’s Note: Mr. Claus really needs no introduction, but as he will explain, he is an avid blog reader and came to us with some strong opinions he wanted to get published. Remember, these views are his own and if you have an issue with them, you can write your own nasty note to the North Pole.

Since I only work one day a year, I have a lot of extra time. It may surprise you to know that I fill a lot of that time by reading blogs. It helps for those times when I have to work on my “naughty or nice” list.

A while back, I read a piece by Ryan Meehan and Dubsism about types of bloggers the world would be better off without. That piece came flooding back into my head this morning as I was checking out why some of my favorite blogs haven’t had any new posts in a while. As I’m going through my various readers, I’m noticing that in the sports blog world, there is far too high of an attrition rate amongst the people who are producing imaginative and readable content.

The other day, one of my favorite bloggers announced they are going on a hiatus. That usually means I’ve seen the last of them. I saw two more that made it official with the “goodbye” post.  As I looked over my subscriptions, all of a sudden I found myself asking a question: Why are some blogs naughty, why are some nice, and why do some just plain suck?

Granted, some trade in the blogosphere for the mainstream media because they get successful. Some get swallowed by content farms like SB Nation. And some just reach the end of their service life. After all, it isn’t easy to keep producing quality material on a regular basis. Lord knows this blog doesn’t meet that criteria; I’m just guest-posting here because they’ve touched this subject before.

The problem lies in a set of blogs that don’t go away, they just become stale. This was the point of the piece done by Meehan and J-Dub, but this problem has developed  its own sub-species in the sports blog world.  In order to avoid this pitfall, I’m going to give you sports bloggers a gift, one that you may find brutally honest, but it’s for your own good. In other words, here’s some tips from Santa to remember to keep your sports blog off my “sucks” list.

1) Write For the Right Reasons

Want to know a dirty little secret?  Blogging in and of itself will not get you a job at ESPN or anywhere else. Blogging in the hopes that it will make you the next Dan Patrick is like making a grilled cheese sandwich in the hopes of becoming a French chef.  This means if you want your blog not to suck, write about what you love, not what you think will get you a job. 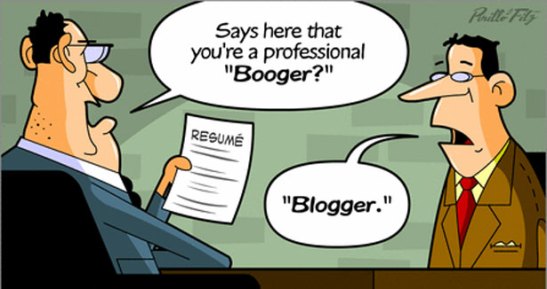 There are far too many bloggers who keep putting “job at ESPN” on their wish lists to me. It ain’t gonna happen. If you want to work in main stream media, then do something that will get you a job; get an internship, be ready to work in various media (not just print), and be ready to deal with the competition. Having a blog may help your pursuit, but it won’t define it. Write because you love to write, not because you think it will get you anywhere.

There’s no other way to say this…to get noticed, you must stand out. The quickest way to be lost in the crowd is to be doing the same thing as everybody else. In my RSS yesterday, there were 14 bloggers writing previews of the upcoming weekend of NFL action, and on Tuesday, those same fourteen will all be writing NFL Power Rankings or some other crap I can get from half a million other sources.

See, the most amazing thing about blogs is they allow the average guy an outlet for his voice which he wouldn’t have had a decade ago. If you must do the same as everybody else, then be the best; better yet, find your own way of doing it. Squandering your own voice by doing the same thing as everybody else is the ultimate in pointlessness.

4) Don’t Be Afraid To Bust Some Chops, But Be Smart About It

Now here’s the real reason I’m guest-posting this piece here. When I proposed this article to J-Dub, he knew that this piece might piss off a lot of people, but he agreed with it.

If there’s one thing you as a blogger should take away from this, it is to make the price of silencing your opinions high.  In other words, say whatever you want within the bounds of what won’t get you sued. If you are going to censor yourself, make sure there’s value to your silence.

ESPN gets criticized often for “being soft” on stories in sports which it has contracts to broadcast. For example, some people believe ESPN is not as critical of the bungling leadership of the NCAA as it should be because ESPN has a major broadcast deal with them.  Honestly, I don’t know why anybody is shocked by that; if you were in a partnership worth billions of dollars, you likely wouldn’t let your dog crap on your partner’s lawn. To be even more honest, that’s simply an example of what I’m telling you, just on a large scale. 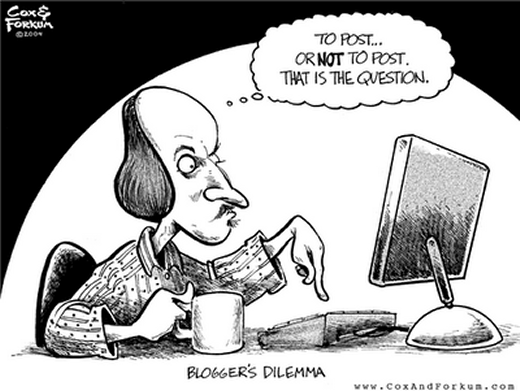 In other words, while you don’t want to bite the hand that feeds you, you also can’t be afraid to bite somebody who deserves it.  Don’t get suckered by any “journalistic integrity” argument; that archaic concept died the day we started creating these colossal media conglomerates in this country.  It is more important to keep your fellow bloggers in mind. Say what you believe, but be able to back up what you say. Everytime a blogger gets discredited, the collective voice of the blogosphere suffers.

Understand, I’m not telling you this to say “your blog broke this rule, therefore your blogs sucks.” In fact, many blogs I read follow all of these guidelines.  But to be fair, some others have some room for growth.  We are doing ourselves a disservice by not fully capitalizing on the power of  blogging.  Blogs are such a tremendous tool that making bloggers better and therefore their products more viable is a gift for all of us.

This entry was posted on December 23, 2011 by J-Dub in Sports Media and tagged Guest Columns, Santa Claus, Sports Media.