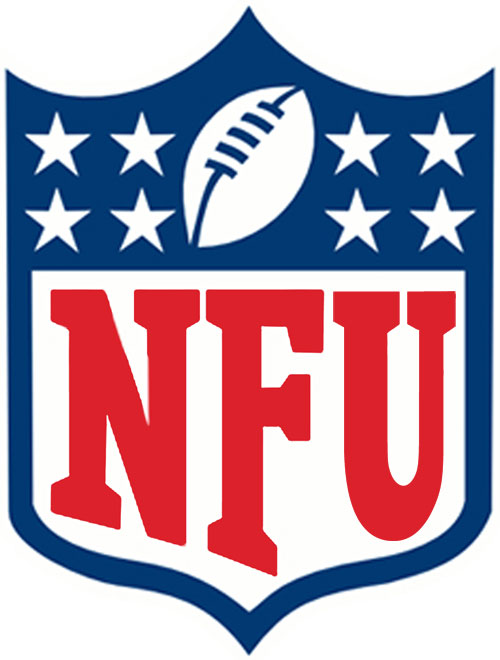 According to an article from CBS Sports, the National Football League is suffering from a precipitous drop in it’s television ratings. The assumption that piece makes is to link the current situation with Colin Kaepernick and his ilk to that decline.

It’s my assertion that blaming bad television ratings exclusively on a bunch of self-absorbed jerk-offs obfuscates other issues the NFL needs to face. I’m not saying the Kaepernick thing doesn’t have an effect, but it surely isn’t the only contributing factor.

Here’s a homework exercise for you. Tune into an NFL game this Sunday, but have a stop-watch in your hand. Start it when the referee makes the signal to start the play clock, and stop it when he blows the whistle to stop play. At the end of the game, look at how much time has elapsed on your stop-watch.

You’re going to discover that an NFL game is actually less than 20 minutes of real action shoe-horned into 3 1/2 hours. The remaining 3+ hours is little more than fat guys standing around with their hand on their hips, the same four commercials shown 28 times each, countless replays, and inane commentary. I can get that from a “Ridiculousness” marathon on MTV.

One of the most maddening things about the NFL is it is the sole league which cares about how you win as much as whether you win.

There are baseball teams built around “small ball,” and there are teams which depend on the big blast. Some basketball teams feature a play style based on big guys under the basket, and some utilize jump shooters.

But in the NFL, it’s nearly a religious commandment that you run a passing-dominated, quarterback-based offense. If you don’t, the NFL “intelligencia” will brand you a “heretic,” and you will have scorn and derision heaped upon you.

The two best examples of this both involve the Denver Broncos. You probably already know where I’m going with this.

Set your “Wayback Machine” for 2011 when the Broncos were 1-4 heading into their bye week. During that week off, they made a change at quarterback to Tim Tebow. For the next three months, all you heard out of the NFL talking heads was how “the Broncos can’t win with a quarterback who can’t throw.” The trouble was that Denver went 8-3 in their next 11 games, garnering a play-off berth and even a post-season win over the Pittsburgh Steelers. 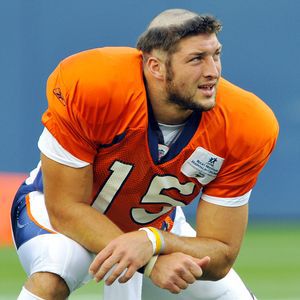 Had the TeBroncs won a Super Bowl., the NFL would have been awash in “Friar Tuck” haircuts.

Flash the clock forward to last season when the Broncos took down a Super Bowl title with a combination of the shell of a Hall of Famer and smatterings of an untested back-up.

In both cases, the refrain coming from the sports media’s self-appointed NFL “high priests” was that neither of those Bronco teams could do what they did, and they kept beating that drum all while it was happening.

What that means is this is a league where everybody plays the game EXACTLY the same way regardless of whether or not they got the right players to do it. Don’t tell me you haven’t seen a shitload of teams trying to “square peg in the round hole” approach in an attempt to make a “franchise quarterback” out of a guy who simply doesn’t measure up.  All that gets you is bad quality football.

3) I Haven’t The Foggiest Notion Of the Rules Anymore

Forget about the whole “catch/not a catch” fiasco. You can tell this is now a league run by lawyers. From the ridiculously nebulous nature of the rules, the fact that referee’s calls now sound like Supreme Court decisions, and the fact that almost every rule in this league is now subjective and applied arbitrarily has me opting for re-runs of “Death Valley Days” on the Cable Westerns channel over the NFL. At least in a western, you know the rules and you know who the bad guys are.

Doubt that? Head shots are illegal, unless you’re hitting Cam Newton or you play for the Bengals or Steelers. From the opening night in Denver, or the Week Two street brawl in Pittsburgh, those two games featured more head shots than a Ron Jeremy highlight reel.

That’s not all. My best guess as to the definition of “pass interference” now is anytime a receiver falls down and cries. Offensive holding might as well be to the NFL what traveling is to the NBA; an old rule which is only occasionally dusted off to negate certain plays. 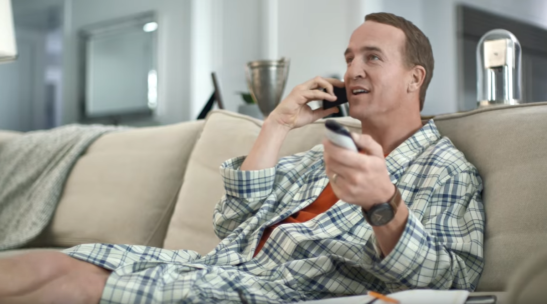 Last Sunday, I needed more toes than the Mormon Tabernacle Choir to count how many goddamn times I saw a commercial featuring Peyton Manning or that uber-fucking annoying car spot with the song “On the Road Again” being constantly being interrupted by the “Don’t Back Out In Front Of A Fucking Truck, Shithead!” alarm.

Of all people, I understand the need to make a buck, and I also get television is how the NFL does that. But, I also see a steel mill full of irony in the fact that a league that understands the power of TV advertising judging by how it handles the huge positives of it’s commercial sales during the Super Bowl can’t figure out the negatives of ruining a regular Sunday with the opposite approach.

5) The “Ever-Lasting Gobstopper” of Hypocrisy

Remember the Willy Wonka candy that was a ball of never-ending layers of flavors? That’s exactly how the NFL has wrapped itself in layer upon layer of it’s own hypocritical bullshit.

At least Tom Brady knows how to avoid taking a shot.

Fox Sports One shows Australian Rules Football at the crack of dawn on Saturdays, and while from I can gather, it’s a combination of the school-yard game “Smear the Queer” and a prison riot, but at least I think I know what is happening and it doesn’t have “Fetushead” Manning selling me the same pizza, car insurance, Direct TV, or whatever fucking else fourteen times an hour.

Kommissar Goodell keeps singing songs about “defending the shield,” “the fan experience,” and a bunch of other lofty loads of horseshit these five points prove which are exactly that…horseshit.

The whole Kaepernick thing doesn’t even matter to me at this point; I’ve already given my opinion on it, except for one point which underscores my allegation of the NFL’s hypocrisy. Whenever Goodell is forced to comment on the Kaepernick affair, he goes out of his way to say shit like “honoring America” and “respect the flag,” but the fact he allowed these dickweeds to pull their bullshit on the anniversary of 9/11 was taken by a large number of NFL fans as a direct slap in the face to Americans of all stripes.

Whichever way you want to look at it, there’s really no debating the NFL is in trouble. Their arrogance (don’t forget about the time they told us WE needed to be better educated on how the “catch/not catch” crap works after they were the ones who fucked it up in the first place) reminds of a scene in Godfather II. This is when Michael Corleone watched a Cuban rebel take himself out in order to kill an Army captain with a grenade, and Corleone tries to warn his business partners the rebels can when because they have the will to fight. Much like Goodell seems to be dismissive of the fans, Corleone’s partners in business also discounted the danger they faced.

Perhaps its time Kommissar Goodell and his ilk were sent fleeing for the airport.

This entry was posted on September 21, 2016 by J-Dub in NFL, Sports and tagged Colin Kaepernick, NFL, Tim Tebow.