Guest Column: Joe McGrath on the Demise of the Alliance of American Football

Editor’s Note: Mr. McGrath has long and storied history in the management of professional sports franchises, most notably as the general manager of the Charlestown Chiefs of the now-defunct Federal League.

The Alliance of American Football suspended operations a few weeks back. The proverbial “other shoe” dropped the other day with the AAF’s filing for Chapter 7 bankruptcy.

“We are deeply disappointed to be taking this action. The AAF was created to be a dynamic, developmental professional football league powered by an unprecedented alliance between players, fans and the game. The AAF strove to create new opportunities for talented players, coaches, executives and officials while providing an exciting experience for fans. We are proud of the fact that our teams and players delivered on that goal.

Now, the Charlestown Chiefs never went into bankruptcy, but we did go through a liquidation. That’s an important distinction for several reasons. To understand why, we need to look at the AAF’s books. According to everything I’ve seen, the AAF is claiming assets of $11.3 million, $536,160 of that being in cash. That stacks up against liabilities of $48.3 million. No matter which way you dig, that a pretty deep hole.

There are different chapters under the bankruptcy laws. Chapter 7 is the most common, and it results in what most people picture when they think of filing for bankruptcy. Also known as a “straight bankruptcy” or “liquidation bankruptcy,” by selecting Chapter 7, the AAF will have a court-appointed trustee who will be tasked with selling off the league’s assets, adjudicating the claims for payment by creditors, and distributing the money to the league’s creditors based on those claims.

That “claims” thing is also important, because the liability number is likely to mushroom. What happens first is the big creditors demand their piece of the AAF’s carcass. Investors like MGM Resorts International, Aramark Sports, and Silicon Valley Bank are already lining up to get their chunk. But another thing that is going to happen is all the little “scavenger birds” are going to get what they can. That means plenty of claims filed by way of breach of contract lawsuits filed by former AAF employees and players.

Boil it all down to gravy and what you get is this is pretty much the end of this league. Bankruptcy isn’t always a death sentence, that’s why there are several chapters when it comes to bankruptcy.  Every airline in this country except Southwest has filed for bankruptcy at least once. The choice to file Chapter 7 pretty much tells you it’s over, because it means the major players involved in starting this thing simply want out. Even if that weren’t the case, there’s going to a swarm of “scavenger birds” because for some reason the AAF won’t allow its former players to play in the Canadian Football League.  All together, this means the AAF’s carcass is going to be picked clean.

So, now that it’s clear the AAF has been relegated to history, as a former general manager, here’s why I think this league failed.

1) The NFL is a lousy business partner

If you doubt that, just go ask the TV networks. The people paying the bills for this league got to watch it’s leaders fiddle while Rome burned with the whole “anthem protest” thing. While TV ratings tanked, the NFL did nothing to protect the investment of it’s partners. Despite that, the AAF got into bed with he NFL and got screwed twice. 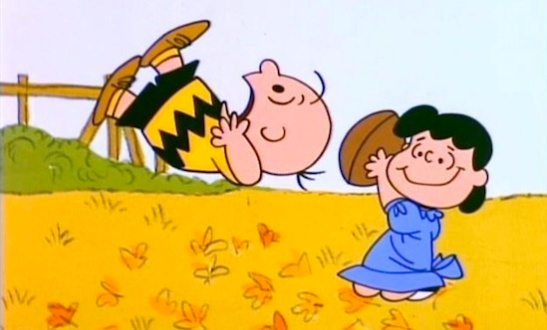 First, the player’s association gave the AAF the “Lucy pulling the football” trick by not allowing practice squad players to be allocated to the AAF. By all accounts, it seems there was at least a “handshake”deal to do just that.

Second, that whole “nobody can go to the CFL thing” smacks of an agreement with the NFL insinuating at the very least there may have been a deal in place making the AAF an actual developmental league with an actual working arrangement with the NFL, and part of that was “No Canada.”  In order to keep the NFL off the impending court docket, they have to honor the deal.  But it also opens the door for that swarm of “scavenger birds” because they can claim they aren’t being allowed to earn an income with the death of the AAF.  In other words, they will sue arguing to be released from “no compete” clauses in contracts with a defunct employer…and ask for compensation.

2) They miscalculated the distribution of the product

I’ll be the first to admit the television ratings weren’t great, but they weren’t terrible either.  But they could have been much better had the AAF made a few decisions differently.  First, the idea of putting the Saturday afternoon games on some streaming site nobody ever heard of was a horrible one. Those games would have had the far more visibility on basic cable because the only real sporting competition those games would have had on Saturday afternoons in February is college basketball, which nobody watches until March anyway.

When it comes to sports, streaming is for college kids and twenty-somethings who don’t have any money.  If it were more than that, ESPN wouldn’t be hemorrhaging money over it’s app, and the NFL’s steaming presence would be appreciably more than the odd London game on Twitter.   To win in the sports ratings game, you have to get the 35-60 male crowd.  Like it or not, in general  they are the ones who mostly watch sports, they have the money to buy beer and pick-up trucks, and they are the ones who still have basic cable.

Toward the end, the AAF was doing exactly that by pulling games off the stream and on to TNT, but by then it was too late.

The AAF did alright with the weekend afternoon and Sunday prime-time time slots,  but again, they could have done better. They were already ceding ground in those time slots to the NBA and the NHL, but by being on high-tier cable, they were minimizing their own potential audience.  The reality is the NFL Network and CBS Sports Network don’t get into nearly as many homes as TNT, the NBA on ABC, or the NHL on NBC.

3) The “swag” was too expensive

If you want to promote a new league, you’ve got to have some cheap stuff for new fans to buy. The AAF didn’t do that. They were charging major-league prices for a fledgling minor league. People will pay $90 for a quality golf shirt with an NFL team logo on it because they know the brand has value to it. If I’m dropping most of a Franklin for an AAF item, what am I really paying for? You can’t tell me it costs as much to license a Green Bay Packer logo as it does for the Orlando Apollos.

Even going down the swag-chain, they needed to have hats and t-shirts under $20, desk/office knick-knacks for less than that, and giving some crap away wouldn’t have been a bad idea either. If Ed’s Landcaping in Moline, Illinois can pull that off, so could have the AAF.

J-Dub loved this league. One of the things he thought made it watchable was the pace of the games, and he was right about that.  I’m mostly a minor-league hockey guy, but if nothing else, the AAF was at least enjoyable to watch.  Those games fit nicely into a two-and-half hour window, and there were none of those bloated, four-minute replay reviews.

But J-Dub also noted that the hour+ the AAF shaved off it’s games came largely at the expense of revenue-generating advertising time. Tweaking game clocks did wonders for the pace of play, and so did eliminating kick-offs, extra points, and those damn replay reviews.  Here’s the problem.  The next time you watch an NFL game, take note of how many commercials they are shoe-horning into those spaces.  What the AAF did in terms of pace of play was amazing, but at the end of the day, you have to put nickles in the fare box.

This entry was posted on April 19, 2019 by J-Dub in Humor, Sports and tagged Alliance of American Football, Guest Columns, Joe McGrath, NFL.